Ring In The Season with Play Disney Parks Holiday Fun

It’s the most wonderful time of the year and the holidays have arrived in the Play Disney Parks app! That’s right, special new achievements and Apple Music®* playlists are available this holiday season for some festive fun that’s sure to delight at Disneyland Resort and Walt Disney World Resort.

Guests can earn special holiday achievements at Disneyland Resort for sailing away on “it’s a small world” Holiday and taking a polar plunge on Grizzly River Run. And if you haven’t visited Haunted Mansion Holiday yet, don’t forget to stop by and collect your achievement before Jack Skellington departs!

During the season, you can also collect special achievements when visiting each theme park at Disneyland Resort and Walt Disney World Resort! 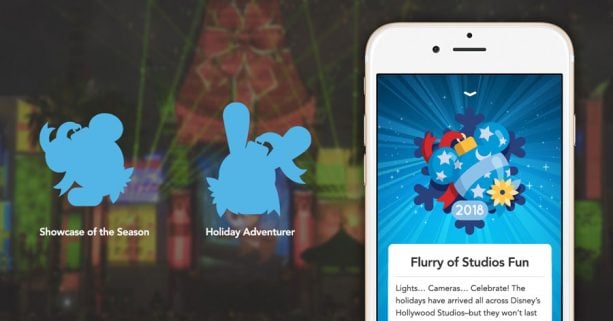 Be sure to share your holiday achievements on social media with the hashtag #PlayDisneyParks!

And what are the holidays without music? Both Disneyland and Walt Disney World resorts will also feature special Apple Music® playlists to help you create the perfect seasonal soundtrack, including a Disney Holiday Hits playlist at both Disneyland park and Magic Kingdom Park. Over at Disney California Adventure park, a special “Festival of the Holidays” playlist can be found throughout the Disney Festival of Holidays and its multicultural celebrations, and at Epcot, fans can find and enjoy the Candlelight Processional album, featuring songs and narration from the show. You can even keep the festivities going and listen to these playlists at home or on your way to the parks!

Apple Music® subscribers will be able to add these festive new playlists directly to their Apple Music® library and many new users can sign up for a free three-month trial through the app and listen to the playlists in full.