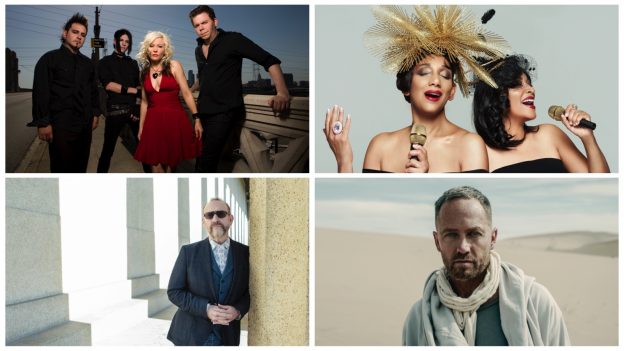 We recently shared that the Epcot International Flower & Garden Festival will return to Walt Disney World Resort March 6-June 3, 2019 with a wide selection of delectable bites at outdoor kitchens and dozens of Disney-themed topiaries blooming around the park.

New in 2019, the festival’s Garden Rocks Concert Series will expand to seven days a week, with a total of 270 concerts spanning multiple genres over the course of the 90-day event.

We’re excited to share part of the rocking line-up for the 2019 Garden Rocks Concert Series! Over the coming weeks, more artists will be announced on the Disney Parks Blog. Returning favorites like The Spinners and Herman’s Hermits starring Peter Noone will be joined by brand new artists like TobyMac, Steven Curtis Chapman and Colin Hay of Men at Work for what is sure to be the best year of Garden Rocks concerts yet.

Garden Rocks concert performances take place at 5:30 p.m., 6:45 p.m., and 8:00 p.m. each night of the festival and are included in regular park admission. Guests can enjoy guaranteed concert seating by reserving a Garden Rocks Dining Package and enjoying breakfast, lunch or dinner at select Epcot restaurants. Reservations for concert dining packages open Dec. 13. For more info or to make a reservation, call 407-WDW-DINE (407-939-3463) or visit FreshEpcot.com.

Keep checking the Disney Parks Blog as more acts will be added to the Garden Rocks Concert Series line up soon!