From All of Us to All of You: Disney Christmas Cards Celebrate Disney Parks

Over eight decades, the artists of the Walt Disney Studios also created annual seasonal artwork for merchandise, greeting cards, advertisements, and publications, and in support of motion picture releases, television programs, and the Disney Parks & Resorts.

“What makes the Disney Christmas cards special were that they meant you were part of the family,” historian and author Jim Korkis says. Indeed, Disney Christmas cards are like those annual family update letters you get from far-off relatives. In the case of the Disney cards, the update was typically about a current or upcoming film release, or after 1955, the latest news in what was then called “outdoor entertainment,” but we know today as Disney Parks & Resorts.

This 1955 card by an uncredited Disney Studio artist celebrated the successes and heightened public awareness of the Disney organization. Walt had conquered the medium of television with the Disneyland and Mickey Mouse Club TV programs, and the interior of this card featured a calendar for the following year commemorating the opening of Disneyland park to thunderous acclaim the prior July. Studio artist Paul Wenzel created this art for the 1959 card. Only five years after the premiere of the Disneyland TV series (and four years after the opening of the actual park), Sleeping Beauty Castle had become an immediately recognized symbol of all that Disney represented in terms of fantasy, imagination, and entertainment. 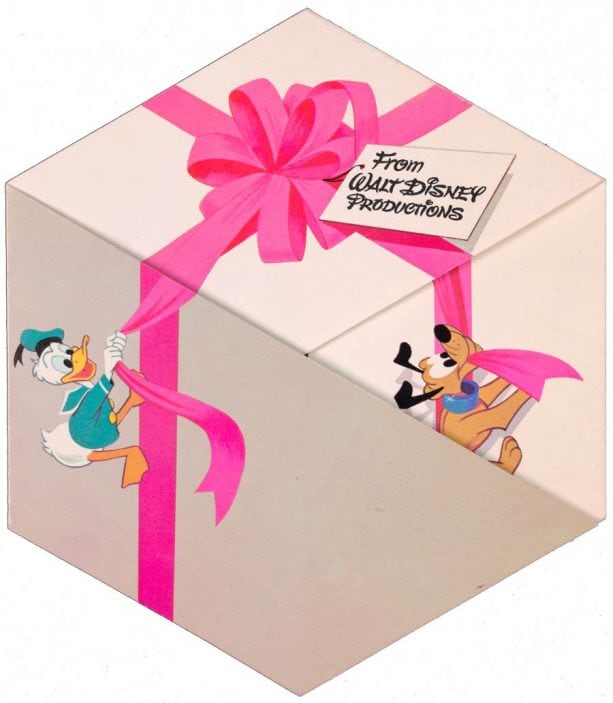 Studio Art Director Bob Moore became fascinated with paper engineering in the 1960s and 1970s, and this 1971 card featured an intricate hexagonal folding design, and represented the great gift of the recent opening of Walt Disney World Resort in Florida. 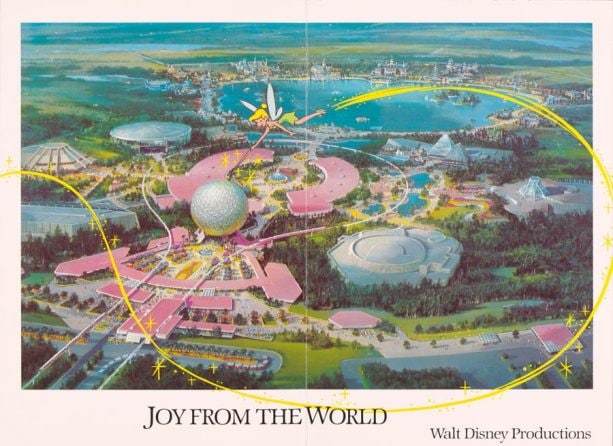 A freak 1983 blizzard blanketed Tokyo Disneyland with an extraordinarily picturesque coat of winter white—and the staff photographers knew that the first Disney park to be covered with a natural snowfall was well worth documenting. Many thought the 1984 holiday card was achieved with Disney magic, but that’s a real Disney-land, in a real snowstorm. (Disney Legend Jim Cora believes that Disneyland International employee Nancy Valeri took the original photo.) As had been the case in Tokyo in 1983, Disneyland Paris saw an unusual snowfall in 1997, and the photographers were ready. A winter fantasy of Le Château de a Belle au Bois Dormant opened to reveal a holiday greeting from Mickey. The annual company holiday card has for decades been an example of corporate pride in achievements of the year past or a preview of the year to come. Celebrating the opening of Disney California Adventure park, the 2000 card featured a “snowcapped” Grizzly Peak, the mountain icon of the new park. 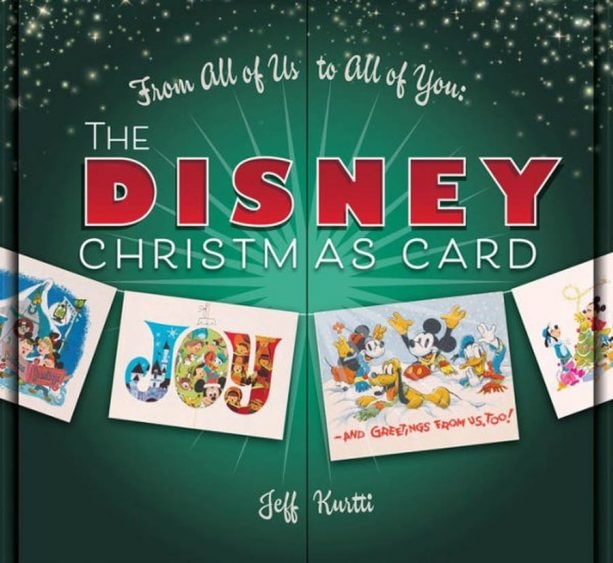 This Christmas season, readers can peruse rarely seen and seldom-published examples of vintage Disney Christmas cards and holiday art featuring beloved Disney characters and scenes from contemporary Disney projects. Gift-wrapped and sparkling in the spirit of the season, From All of Us to All of You: The Disney Christmas Card is a one-of-a-kind collection of familiar, festive, fun, and feeling holiday art, created within the magical world of Disney to celebrate the most wonderful time of the year—as Dickens saw it, “a kind forgiving, charitable, pleasant time…when men and women seem by one consent to open their shut-up hearts freely.”

Likes (18)
Share From All of Us to All of You: Disney Christmas Cards Celebrate Disney Parks