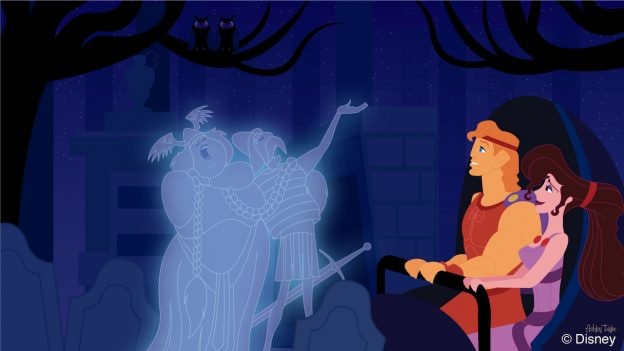 In today’s Doodle, artist Ashley Taylor imagines what Hercules and Meg would do if they could visit Magic Kingdom Park.

In the 1997 film “Hercules,” the title character learns what it takes to really become a hero. So it’s only natural that the duo would seek out tests of their inner strength, right? Maybe testing their bravery at one of the park’s spookiest attractions.

“Both Meg and Hercules are heroes in their own right,” Ashley said. “It’s easy to imagine them testing out their bravery on the Haunted Mansion!”