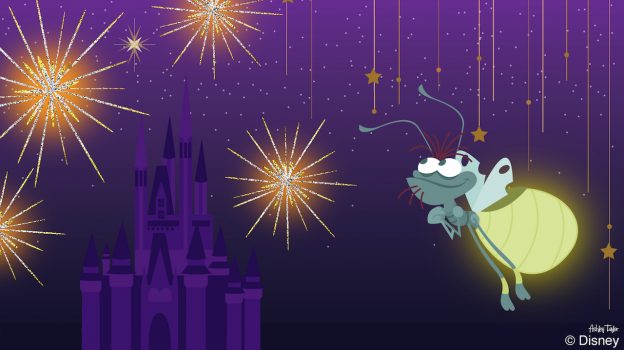 Disney Doodle: Ray from ‘The Princess and the Frog’ Delights at Nighttime Entertainment

Today, artist Ashley Taylor imagines what Ray, the firefly from “The Princess and the Frog” would do if he could visit Magic Kingdom Park.

In the film, Ray is enchanted by the Evening Star, which he believes is the spirit of his former firefly love, Evangeline. It’s only natural that Ray would be drawn to spectacular skies at our parks.

“Ray is always gazing into the sky at Evangeline!” Ashley said. “It’s easy to imagine him watching the sky light up with Disney fireworks in pure amazement!”

Likes (8)
Share Disney Doodle: Ray from ‘The Princess and the Frog’ Delights at Nighttime Entertainment