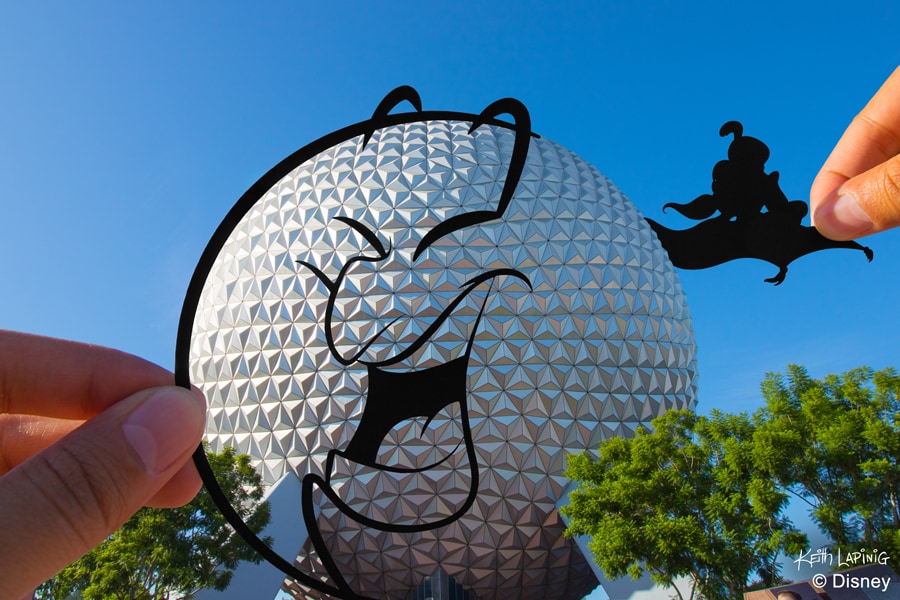 Keith first looked to the park’s signature Spaceship Earth attraction to serve as his creative canvas.

“I thought it would be hilarious if Genie transformed into Spaceship Earth like how he becomes the moon at the end of Aladdin, so I put this scene together!” Keith said. 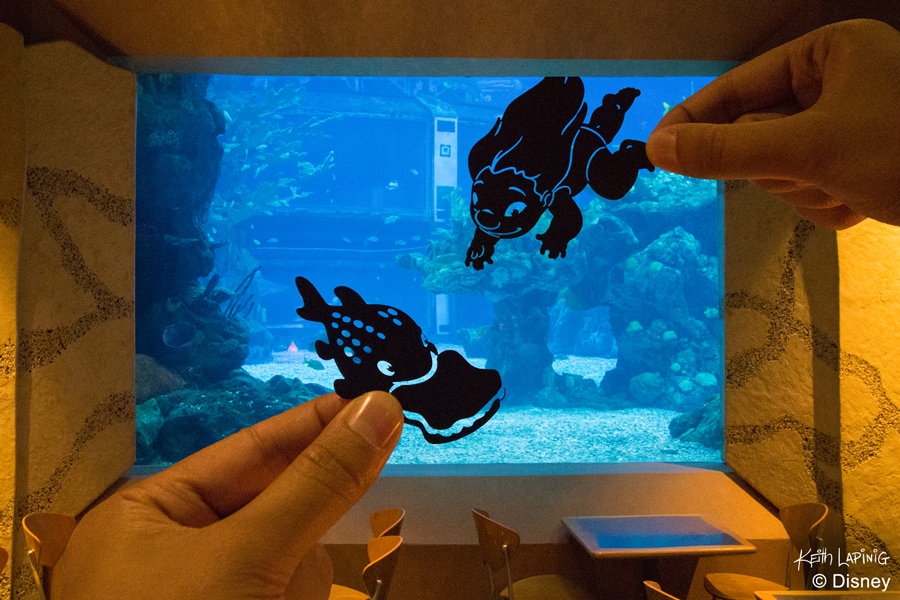 He then stopped in to Coral Reef restaurant, where the restaurant’s aquarium wall became the perfect place for Lilo and Pudge from “Lilo and Stitch.”

“I figured Pudge the fish would have a blast in the Coral Reef restaurant in Epcot, and Lilo would make sure Pudge isn’t envious of all the dinner-goers by still bringing its peanut butter sandwich every Thursday,” Keith said. 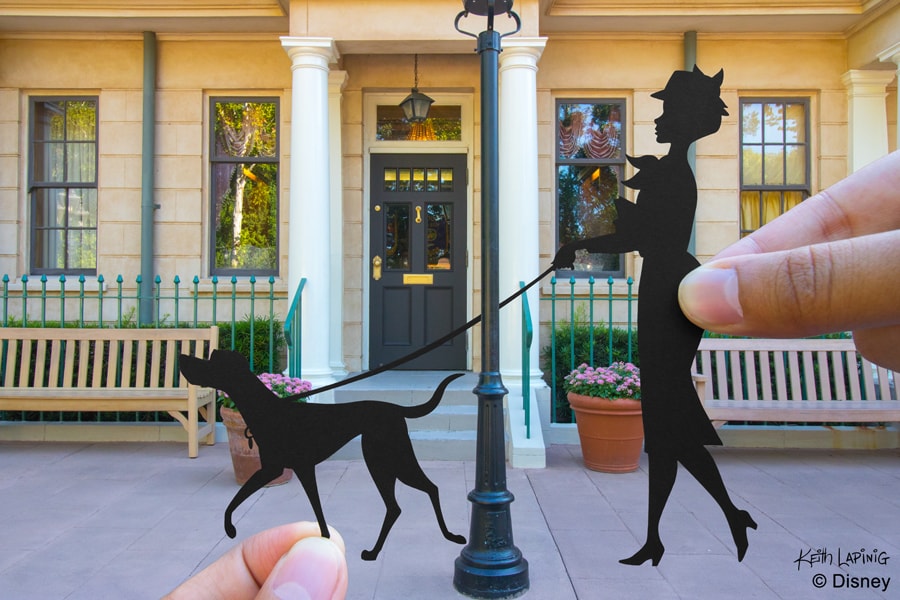 Further into the park, Keith found the ideal location to place pals, Perdita and Anita, on a walk.

“The residential area in the back of the UK pavilion served as the perfect spot for Perdita and Anita to take a stroll one morning,” Keith said. “Maybe they’ll run into Pongo and Roger soon!”

To view more of Keith’s silhouettes, check out the list of related posts below.