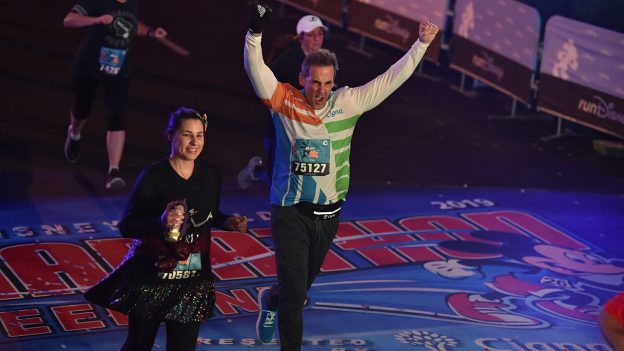 There’s no better way to start the nuevo año than by doing something new that also helps your health!

That’s exactly what renowned actor Carlos Ponce did when he walked his first runDisney 5K race during the 2019 Walt Disney World Marathon Weekend presented by Cigna.

In an effort to help the Hispanic community take control of their health, Carlos participated in last Thursday’s 5K.

The actor, known for his work in telenovelas and films, used the excitement of the thousands of participants, along with that of our Disney characters that he met along the way, to encourage him during his first race.

You can watch his experience on the 3.1 mile course, fit for all in the familia!

You can also watch the Spanish version here.