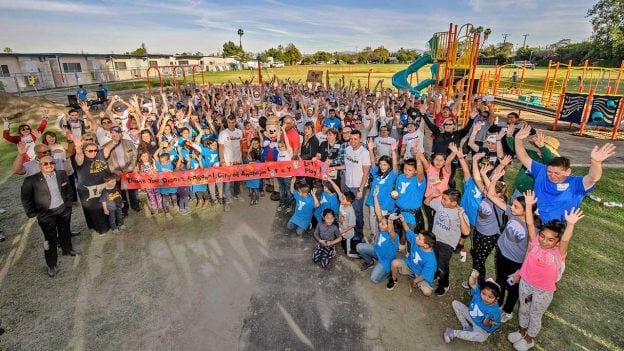 The new playspace includes unique equipment and accessibility features that allow children to play together regardless of ability, including a merry-go-round style device called a Unity Spinner with seatbelts for wheelchairs. Other accessible features include accessible swings and a new-age teeter-totter called a Teeter Tunnel that includes a feature to help children transfer out of a wheelchair and onto the teeter.

Watch the special playground come together in this video!