We do a lot of fun stuff here at the Disney Parks Blog, but some projects get us SUPER excited – and “Disney’s Festival of Fantasy Parade” has been one of those projects. It’s SO good that we can’t stop creating content around it.

Today, we are so excited to celebrate the triumphant return of Maleficent to Disney’s Festival of Fantasy parade, we want to revisit all the fun we’ve had showcasing the parade throughout the last four years. 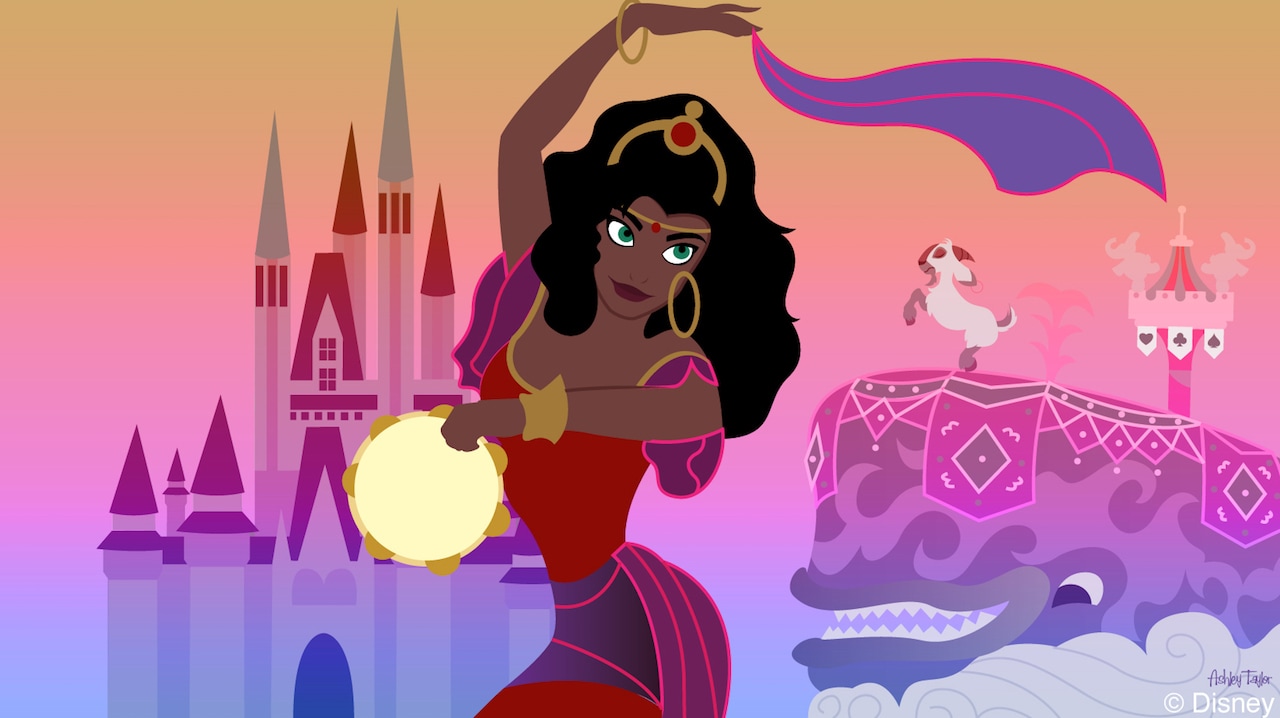 In this Doodle, artist Ashley Taylor envisions what Esmeralda from “The Hunchback of Notre Dame” would do if she had the chance to visit Magic Kingdom Park. In the film, we meet Esmeralda as she dances at the city’s Festival of Fools, a day of fun, celebration and merriment for the townsfolk. So it’s only natural that Esmeralda would want to catch the park’s “Festival of Fantasy Parade.”

Wallpaper – When “Disney Festival of Fantasy Parade” first debuted at Magic Kingdom Park, we celebrated its arrival with a series of downloadable wallpapers.

This first design is inspired by Maleficent. Her Steampunk-style and wicked smile come shining through, this float stretches 53 feet in length and 26 feet tall with a prickly spinning wheel dead center of the float.

This design is inspired by the Peter Pan float from the parade.