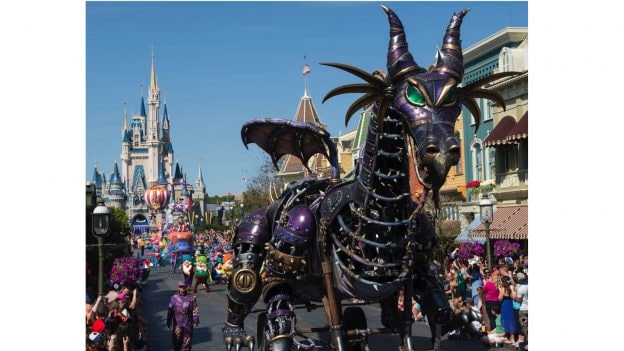 We at Disney Parks have some of the best photographers around. They consistently push the creative envelope in ways that you can’t even imagine are possible.

In celebration of our beloved dragon’s return to “Disney’s Festival of Fantasy Parade,” we would love to show off some of their work from the parade’s history.

First Look – This gallery was created for the launch of “Disney’s Festival of Fantasy Parade” in 2014.


Summer 2014 – In May 2014, we created this gallery to give a different perspective on the parade – a look focusing on the details of each float and some of our spectacular performers and your favorite characters.


One Year Later – As a salute to Summer 2015, we created this gallery to showcase summer fun at Magic Kingdom Park – one year after the parade’s debut.