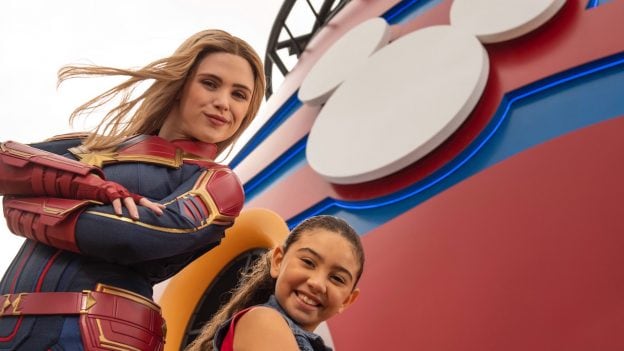 Before joining the largest collection of Marvel Super Heroes and Villains at sea, Captain Marvel set out on a secret mission to scope out the Disney Cruise Line situation – and we have the exclusive first-look photos to prove it! 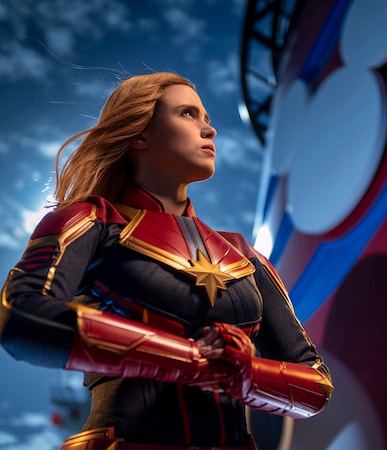 Tomorrow, guests sailing aboard the Disney Magic will be the first in the world to go #HigherFurtherFaster with Captain Marvel as she makes her debut during Marvel Day at Sea. This special event features all-day entertainment including heroic encounters, an extraordinary deck show, themed youth activities, special merchandise, and unique food and beverage offerings. 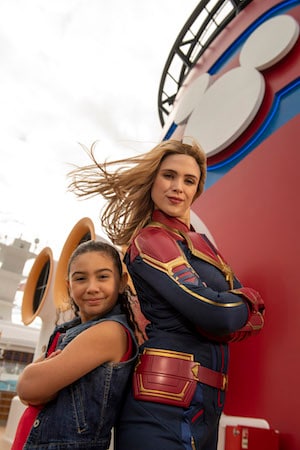 While meeting one of the most powerful heroes in the Marvel Universe will surely be a highlight for our guests, seeing her in action will be even more epic. In the evening, Captain Marvel will join fellow Super Heroes in a spectacular face-off against some of their greatest foes during the action-packed “Heroes Unite” deck show, a massive battle complete with incredible stunts, special effects, pyrotechnics and iconic music.

Villains, consider yourselves warned: This noble warrior hero is unlike anyone you’ve ever faced before. 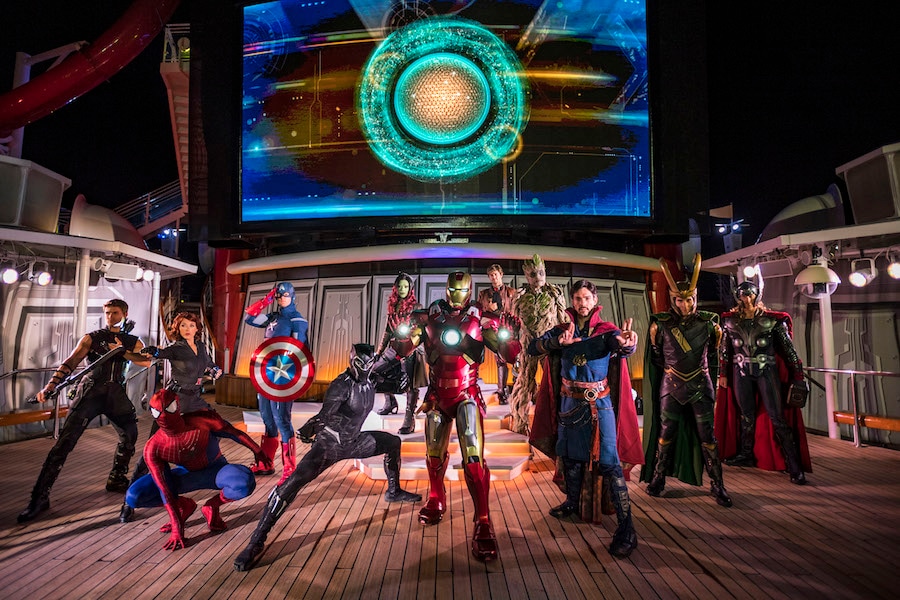 Want to be among the first to come face-to-face with Captain Marvel? Find out more about Marvel Day at Sea here.