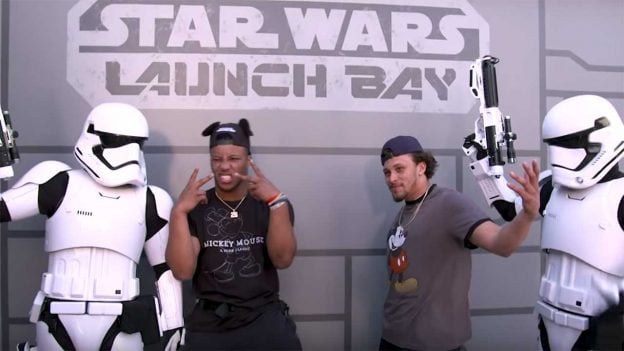 The NFL Pro Bowl Week at Walt Disney World Resort last week was a rare opportunity for fans to interact with their favorite players, take part in some football-related interactive experiences and just generally live out their football dreams.

But fans weren’t the only ones having fun. When they weren’t training, many of the players took advantage of being at the most magical place on earth, especially New York Giants star Saquon Barkley and Denver Broncos star Phillip Lindsay. The two young rookies spent some time at Disney’s Hollywood Studios, experiencing several attractions, munching on some signature dishes and just having the time of their lives.

Check out this video of their whirlwind day at Disney.