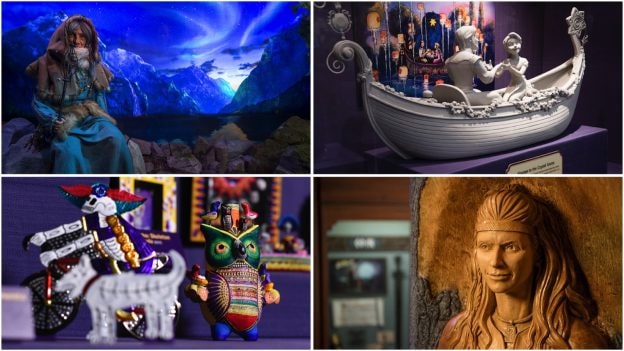 Art Around the World: A Showcase of Culture at Epcot 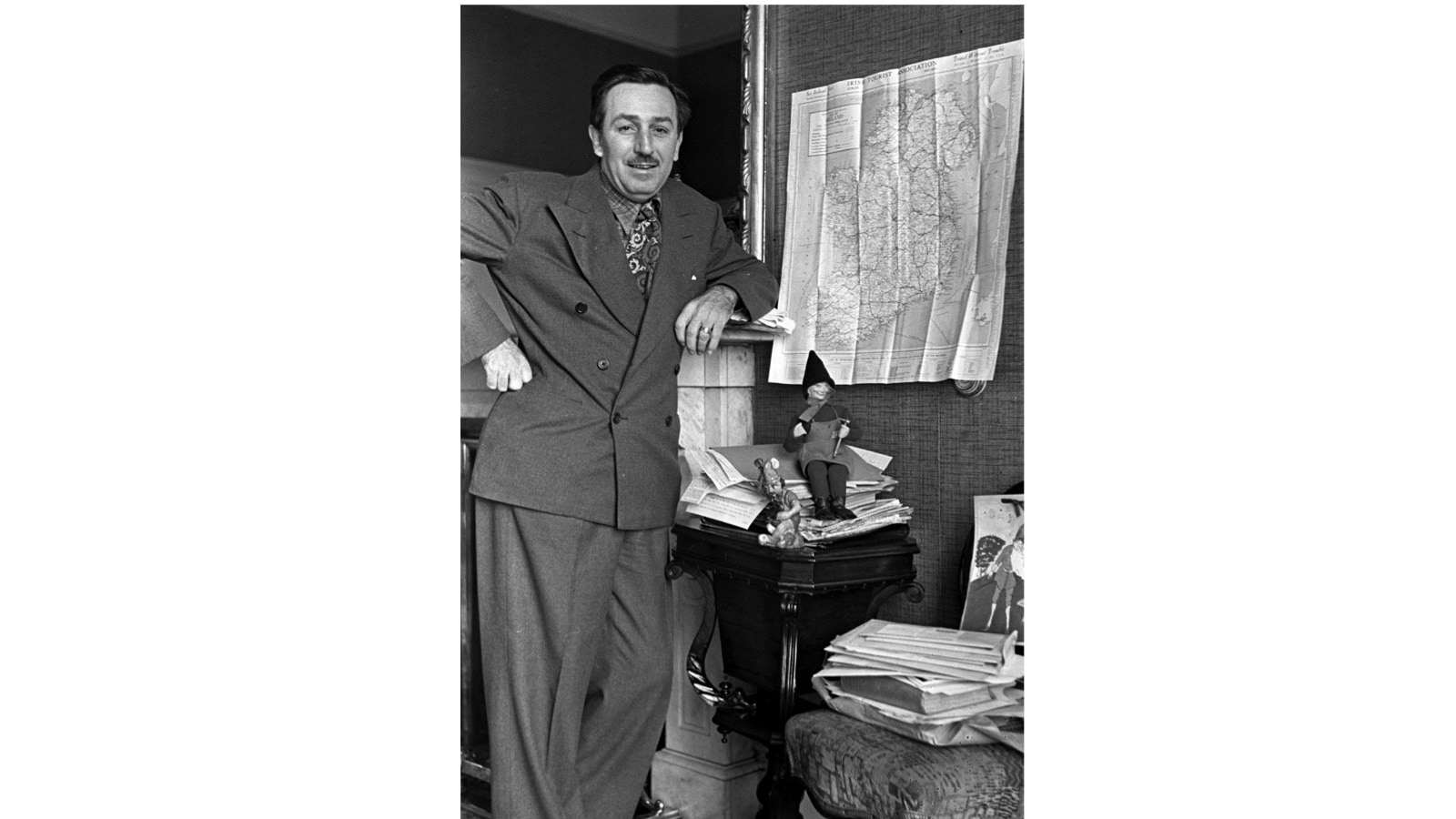 Naturally, the philosophical intent of this festival reaches to core philosophies at the heart of Epcot and its creation, and thus, to the rich legacy of Walt Disney himself that we still enjoy today and every day, all around the world.

When Walt envisioned his Experimental Prototype Community of Tomorrow (EPCOT) in 1966, its purpose was to be a “real city that would never cease to be a blueprint of the future,” designed to create new and better ideas about planning and living for American cities. The ideals and philosophies of the “EPCOT idea” at the heart of Walt Disney’s original Florida plans became the core of the one-of-a-kind park, Epcot, when it opened in 1982.

Among Walt’s many ideas that were translated and reimagined into the Epcot park concept was the notion of a permanent international showcase. Throughout his life Walt traveled the world, exporting the goodwill and good works of his creative organization—and brought home many aspects of his enconters for audiences in the United States to experience and share. 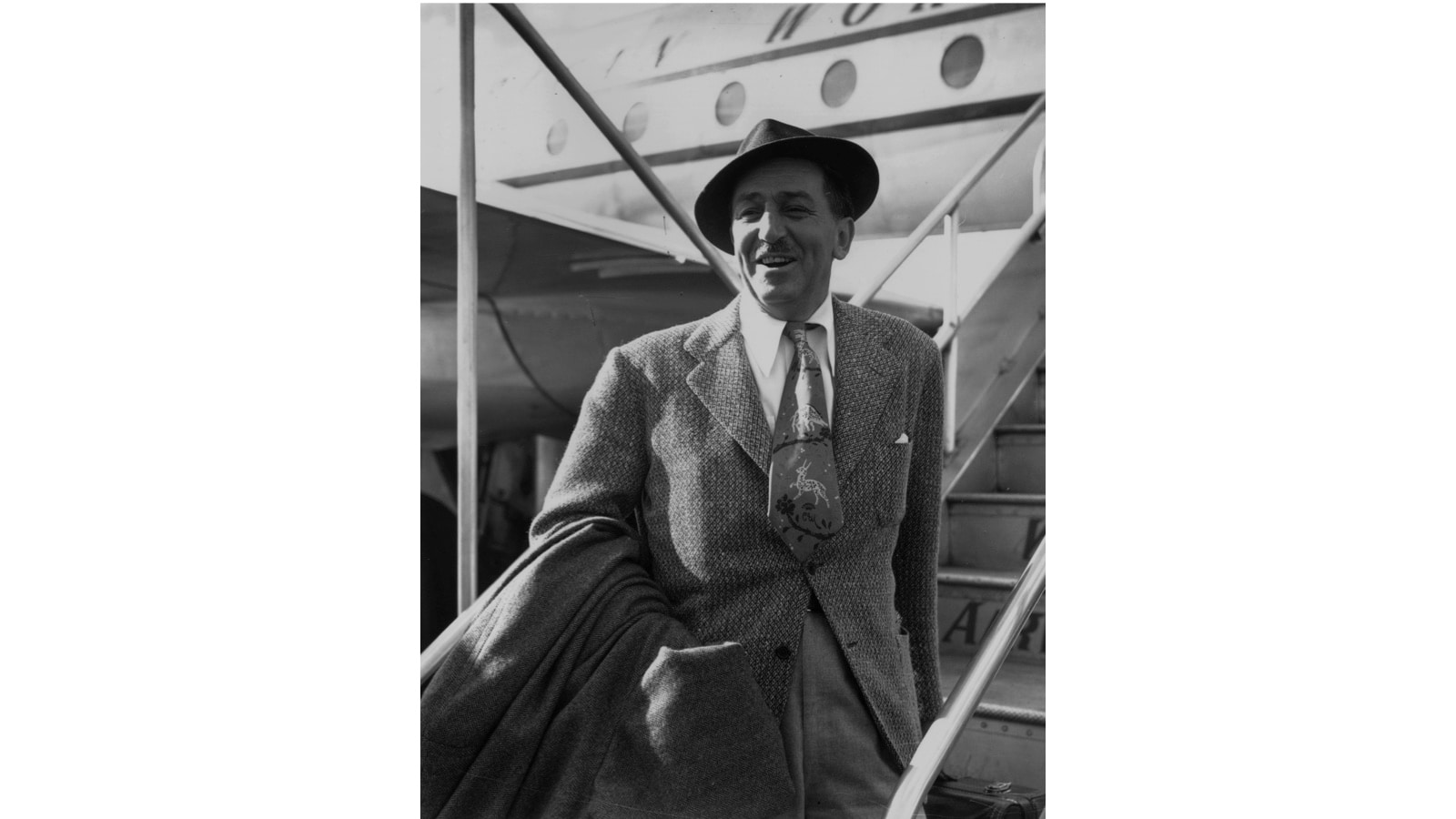 Walt was also influenced by World’s Fairs throughout his life, from his own father’s work on the World Columbian Exposition in Chicago in 1893, to the Century of Progress Exposition in the same city in 1933; the 1939 World’s Fair in New York and the 1939-40 Golden Gate International Exposition in San Francisco; the Brussels Expo ’58 (his first attraction outside of a park was the Circarama film America the Beautiful in the United States pavilion there); and of course, in creating four of the most popular attractions at the 1964-1965 New York World’s Fair—Great Moments with Mr. Lincoln, it’s a small world, the General Electric Carousel of Progress, and the Ford Magic Skyway.

Within Walt’s original “planned city” concept was a central, enclosed “downtown,” built around “shops and restaurants that reflect the culture and flavor of locations ’round the world.” Concept art of the era shows the area with representations of individual countries, outfitted with decorative and thematic references to each of the exotic locales. This concept eventually evolved into the World Showcase area of the Epcot park.

As Epcot plans evolved into a solidified destination park idea in the mid-1970s, the idea of international arts and culture as one of its key attractions remained constant. The 1975 Annual Report to the shareholders of Walt Disney Productions promised many familiar aspects of Epcot today:

“Beyond the scientific and technological aspects of EPCOT the project holds great promise for the advancement of international cooperation and understanding. The World Showcase, planned for opening in late 1979, will be devoted to this goal. An on-going international exposition…the World Showcase will communicate the culture, heritage, history, technology, trade, tourism, and future goals of the participating nations…there will be a major theater for performances by international celebrities and entertainment groups, and where parades, pageants and special events will be staged by entertainers from the participating nations. Although these national pavilions may vary in size, each will enjoy equal facade exposure to the guest…Unlike a world’s fair, it will offer participating countries a permanent installation for such features as themed restaurants and shops, product exhibits, industrial displays, cultural presentations, a trade center, and even special facilities for business meetings…National musical groups or other performing artists could present special entertainment on a continuing basis.”

These specific attractions and the ideals behind them remained intact to the opening of Epcot and beyond, and to this day, the cultural riches of our world neighbors—people, architecture, crafts, music, and art—are available for daily exploration around World Showcase at Epcot.

The two most recent World Showcase art exhibits are the Gods of the Vikings exhibit at the Stave Church Gallery in Norway, which delves into the myths and legends that guided the Vikings, beginning with the creation myth of the world created from the bones of giants; and Creating Tradition: Innovation and Change in American Indian Art, which showcases authentic historical Native artifacts alongside contemporary works of American Indian art, on display at The American Heritage Gallery inside the American Adventure pavilion.

The time-honored traditions of Día de Muertos—one of Mexico’s most important holidays—are on display at ‘Remember Me!’ La Celebración del Día de Muertos, a colorful exhibit featuring the work of prominent Mexican and Mexican-American artists; in the Mexico Folk Art Gallery in the Mexico pavilion.

The Bijutsu-kan Gallery, located at the Japan pavilion, delves into the origin and evolution of kawaii—the “cute” culture that has become a way of life in modern Japan—in Kawaii: Japan’s Cute Culture.

The Gallery of Arts and History in Morocco houses the exhibit Moroccan Style: The Art of Personal Adornment and see how the unparalleled artistry and craftsmanship of Moroccan decorative arts are a visual representation of cultural identity.

Finally, again demonstrating that Disney is, in and of itself, a culture of the world, is the exhibit Inside Shanghai Disney Resort, in House of the Whispering Willows, featuring the confluence of the cultures of Disney and China trough exclusive artwork from the newest Disney theme park, demonstrating how Walt Disney Imagineers helped bring to life an authentically Disney experience that remains distinctly Chinese.

Likes (5)
Share Art Around the World: A Showcase of Culture at Epcot