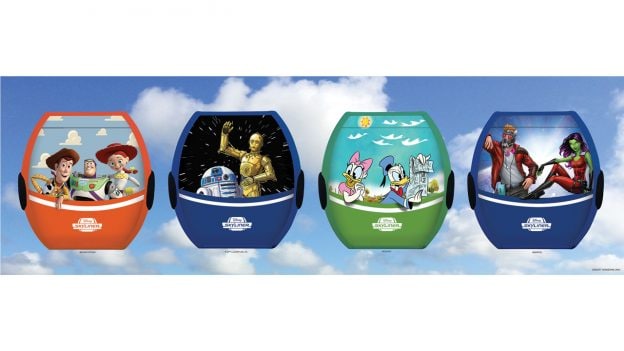 This week, Disney Parks Blog readers were among the first to see a new Disney Skyliner gondola on its cables as initial testing began at the Walt Disney World Resort. We shared a special look at the project.

Several of the gondolas will be adorned with graphics based on Disney films, attractions and characters. You can learn more in Jeremy’s original Disney Skyliner Gondola Testing story.