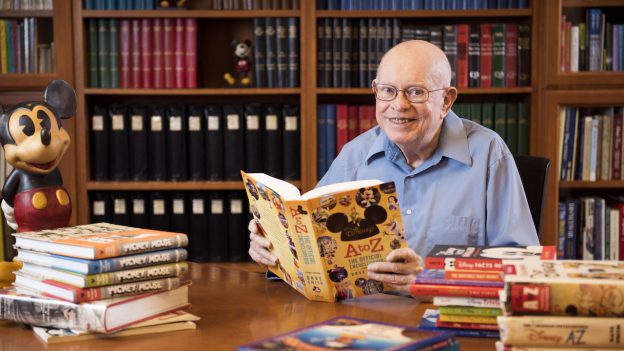 No company on earth calls on its history quite like Disney, and nobody is more responsible for enabling us to do so than Disney Legend Dave Smith. As founder of the Walt Disney Archives, Dave was hired (and invited to write his own job description) by company co-founder Roy O. Disney just a few short years after Roy lost his brother Walt. In fact, inventorying and cataloguing the contents of Walt’s untouched offices was among Dave’s first assignments on the job.

In the four decades that followed, Dave led a talented team of historians (including my dear friend Becky Cline, who became Director of the Walt Disney Archives when Dave retired in 2010) charged with preserving, documenting and sharing Disney history with everyone from cast members and employees to researchers and fans. 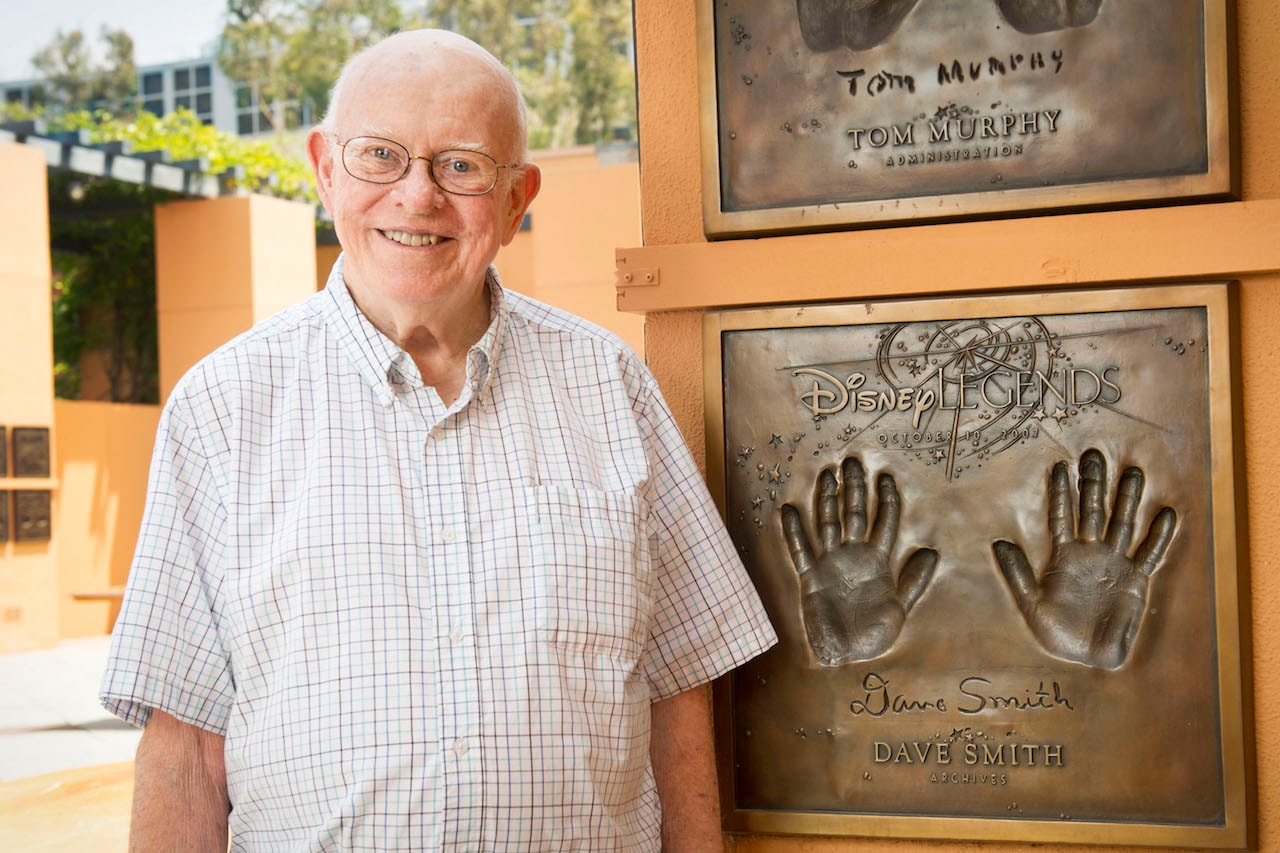 My first meeting with Dave came during my junior year of high school, when a Disney-employed news-clipping service captured a story that profiled me in my small Southern Oregon town’s newspaper, focusing on my dreams of working for Disney.

Dave contacted the newspaper’s editor, who put him touch with my parents so he could invite me to visit the Walt Disney Archives. I, of course, took him up on the offer, driving my parents’ car over spring break (I can’t believe they let me do that) down Interstate 5 from Rogue River, Oregon, to Burbank, California, for a meeting that would change my life. I left that visit with a renewed belief in my Disney dream, and with a new friendship that would grow for nearly 30 years.

So while my heart was heavy when Dave passed away on February 15, it was also filled with gratitude. I deeply appreciate having had this enormously impactful man in my life, and I’m equally grateful to work for a company that – thanks to Dave – preserves and honors its history in such extraordinary fashion.

While I enjoyed countless conversations with Dave through the years, only one was caught on camera, and I’d like to share it for the first time as we celebrate the life and legacy of this incredible man. Filmed at D23 Expo 2017, our brief visit touched on Dave’s experience interacting with his adoring fans, as well as the Walt Disney Archives’ restoration and reopening of Walt’s office suite – an undertaking made possible by the painstakingly detailed work Dave completed during those first days on the job.

I hope you enjoy these moments with Dave as much as I did, and I leave you with an idea. For years, a variety of Disney platforms have allowed fans to deepen their knowledge of Disney history by asking Dave questions through a popular column simply titled “Ask Dave.” While we’ve sadly run out of time to “ask” anything more of Dave, we can always take time to thank him. So the next time you see and share an example of Disney calling upon its storied history – whether we’re celebrating 90 years of Mickey Mouse or producing a film like “Mary Poppins Returns” – consider adding a hashtag in tribute to the man whose legacy will continue to grow: #ThankDave.