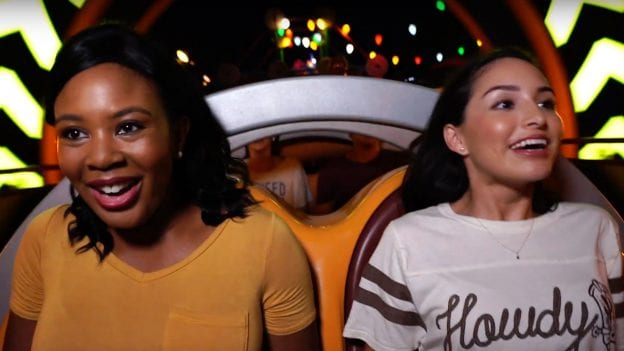 Many of you know that Disney After Hours is pretty amazing with little-to-no wait time for favorite attractions and experiences at Magic Kingdom Park, Disney’s Animal Kingdom and Disney’s Hollywood Studios. Today, we’re excited to share the good news that additional Disney After Hours dates are now available and two special celebration nights are coming to Disney’s Hollywood Studios.

Here are the new dates for each park at Walt Disney World Resort:

And at Disney’s Hollywood Studios, there are two special celebration nights:

May 4 – Celebrate May the Fourth dressed in your best galactic Star Wars attire*  Prepare yourself for Epic Character Encounters including Chewbacca with REY, Darth Vadar, Kylo Ren with CAPTAIN PHASMA, Ewoks, Jawas and imperial stormtroopers. Plus, specialty treats available for purchase. *Be sure your costume fits within these park guidelines.

If you aren’t familiar with Disney After Hours events, they’re your opportunity to experience the magic of a Disney theme park for three hours after regular park hours, with limited attendance, which means little-to-no wait for attractions, experiences and character greetings.  Your event ticket also allows you early entry into the park, beginning at 7 p.m. Some call it Disney’s best kept secret!

As you may have seen in our new video, ice cream, popcorn and select beverages are also included in your Disney After Hours admission, which is a separately priced ticket from daytime park admission. Other food offerings will be available at each of the Parks.

All Disney After Hours event tickets cost $125 + tax for advance purchase and $129 + tax for day-of purchases.  Visit Disneyworld.com/DisneyAfterHours for full list of attractions and experiences that are available at each Park during this separately priced ticketed event.

Also, please note that Disney Vacation Club members and Annual Passholders do receive a discounted price $95 + tax.Keep your eye on the Disney Parks Blog for more updates and information.