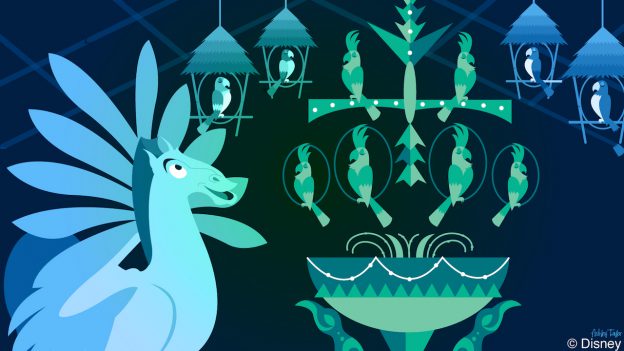 “Zeus describes Pegasus as a magnificent horse with the brains of a bird,” Ashley said. “Pegasus would enjoy spending time with some other feathered friends at Walt Disney’s Enchanted Tiki Room!”