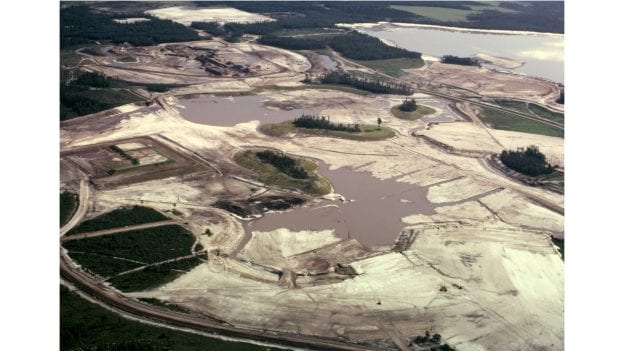 Imagineering Seven Seas Lagoon: A Waterway for the World

Walt Disney World Resort is  globally renowned as the Vacation Kingdom of the World, the location of four legendary theme parks, a year-round home of top-flight entertainment, and a destination filled with every resort amenity a visitor could wish for—but its role and history as an engineering and construction marvel, and as a masterpiece of development balanced with environmental responsibility is seldom discussed.

That the Walt Disney World site was swamp and scrub pine as far as the eye could see is well-known in Disney history. Although Kingdom Park and the first phase of resort development opened in October 1971, site preparation began in October of 1965—and one of the first creations was not a hotel, a castle, or a monorail—it was a beautiful lagoon, surrounded by white sand beaches!

Since its very beginnings, the property and its waterways have been key to the maintenance of the overall ecology of the entire property. The high water table and fragile environment of Florida demanded an enormous infrastructural preparation, including 55 miles of canals and levees for flood control, and to manage and exchange water levels without depleting the overall reserve. This remarkable control system functions automatically, without electricity, based on water levels.

Bay Lake is a natural body of water that was already located on-property, but it was filthy with root structures, silt, muck, and decades of debris. It was drained and cleaned to make it suitable for the millions of visitors expected to flock to Florida. Nearby, more than seven million cubic yards of earth was moved to create a man-made body of water—Seven Seas Lagoon.

Site surveying had determined that the lagoon site was unstable and unsuitable for construction, so an innovative and imaginative plan for the location was to make it a sort of aquatic “red carpet”—a unique and sparkling forecourt to Magic Kingdom Park. Behind the lagoon, a nine-acre ground-level floor level for the park itself was constructed, comprised of a network of corridors and huge work and storage rooms. Called (in typical Imagineering style) “utilidors,” they provide out of sight access to all the backstage services and activities of Magic Kingdom Park.

The earth removed for the creation of the lagoon was relocated to cover the utilidor level of the park. Magic Kingdom Park guests seldom realize that they are actually on the “second floor” of the park.

Underneath the roots and muck of Bay Lake, tons of pure white sand was discovered. When the dredging and construction work for the waterways was completed, and the lake and lagoon filled with water, this beautiful, natural dividend was used to create the charming beaches around the lagoon—and the gorgeous tropical setting for one of the opening day resort hotels, the Polynesian Village.

There are three small islands in Seven Seas Lagoon—Blackbeard Island, Castaway Cay (just like the Disney Cruise Line private island in the Bahamas), and Beachcomber Island. Castaway Cay has been used as the launching point for perimeter fireworks and is closest to Kingdom Park. The island near the water bridge that connects Seven Seas Lagoon and Bay Lake is known as Blackbeard Island. Closest to the Polynesian and Grand Floridian, covered with trees and grasses, is Beachcomber Island, once home to an unusual piece of recreation technology.

A beautiful white sand beach without surfing seemed idiosyncratic to then-Vice President of Park Operations Dick Nunis, he spearheaded the concept of surfing as a recreational activity for guests. An “artificial wave machine” was installed on the shore of Beachcomber Island (at a cost of nearly half a million dollars), and quickly proved its value—riding the waves on the Seven Seas Lagoon quickly became a  favorite resort activity. But with the waves came an unexpected and negative result—beach erosion. The picturesque waves pulled the picturesque white sand away from the beach and to the bottom of the lagoon.

In addition, the unpredictable wave action on the relatively placid lagoon created navigational problems for the several of the craft on the water nearby. Additionally, the wave-making machinery proved technologically temperamental, and costly to operate and maintain.

After only a few years, the wave machine was shut down—but not removed. It sat rather inelegantly on the shore of Beachcomber Island, across from the Polynesian for more than a decade. In 1985, it was felt that perhaps the lagoon and beaches had been able to “settle,” and perhaps the beach damage would no longer happen. The wave machine was refurbished and started up, but the controlled waves still pulled the beach away.

The wave machine was removed, but remnants of the wall to which the machine was attached can still be seen on the shoreline of Beachcomber Island today, and it’s said that the machinery out of sight, below the lagoon surface, was simply left behind, because of the huge cost to remove it completely.

Luckily, the loss of the surfing beach didn’t harm the “unnatural” natural beauty of the remarkable Seven Seas Lagoon, a modern miracle of Imagineering—and luckily, there was plenty more to do on the resort waterways adjacent to Magic Kingdom Park.

In another posting, we look at the widely varied watercraft that have plied the waves of Seven Seas Lagoon and Bay Lake over nearly half a century of aquatic adventure in Walt Disney World Resort.