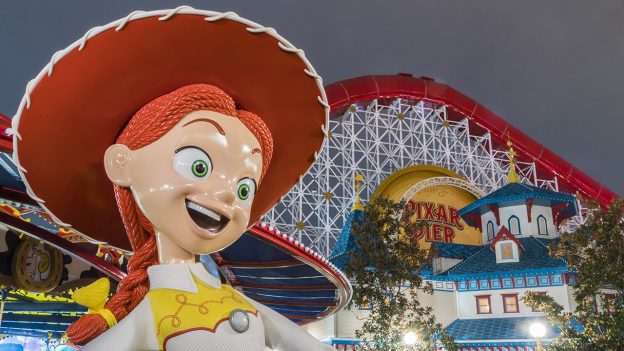 Mosey on over to a giant toy carousel starring Jessie, the yodeling cowgirl and a friendly bunch of desert critters for a rootin’, tootin’ romp. Inspired by the “Toy Story” films, saddle up on a whimsical snake, armadillo, turtle, bunny and more from the world of Woody’s Roundup. This newly reimagined attraction will have you yelling “giddyup!”

Sure hope to see you over at Jessie’s Critter Carousel when you visit Pixar Pier at Disney California Adventure park!