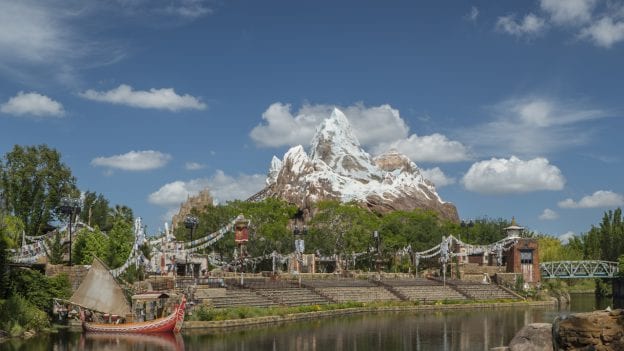 There is so much to see and do at Walt Disney World Resort, from exhilarating rides and attractions to spectacular shows and parades and more. But have you ever wondered what goes on behind-the-scenes to bring all that magic to life?

During the Adventures by Disney Backstage Magic Tour, Disney fans can get an up-close look at the artistry, technology wizardry behind Disney’s world-famous theme park entertainment. And beginning in June, Adventures by Disney will offer a brand-new experience as part of this tour: behind-the-scenes access at Disney’s Animal Kingdom’s nighttime spectacular, “Rivers of Light“!

This exclusive daytime visit takes guests backstage to visit a hidden marina where the animal and lotus barges are prepared for the evening performance. These Backstage Magic guests will be among the first to see the inner workings — and learn the mechanical and technological secrets — behind this incredible attraction!

Guests will also enjoy a new private lunch at Tiffins Restaurant, featuring a special menu and fascinating insider stories about the creation of the park, starting in June. If you’re a fan of Animal Kingdom, then this is officially a “must-do” for you!

But what is the Backstage Magic Tour?

Expertly led by knowledgeable tour facilitators, this immersive Adventures by Disney experience allows guests to witness first-hand the magic and hard work that goes on behind-the-scenes at the theme parks. Highlights include backstage visits to…

Epcot: Explore the inner workings of The American Adventure attraction as your tour facilitators reveal the feats of engineering and attention to detail behind this inspiring Audio-Animatronics stage show. (I don’t want to give anything away, but the only way to describe the technology here is “WOW!”)

Central Shops: Explore the facility where engineers, mechanics and artisans develop and maintain all of your favorite attractions, including Audio-Animatronics, ride vehicles and elaborate stage sets. Not even the tiniest details go unnoticed here!

Magic Kingdom: Become immersed in the story that started with Walt himself as you navigate the “utilidor” tunnels, a network of underground passageways constructed beneath the theme park so Disney Cast Members can move around undetected – right beneath guests’ feet!

Textile Services: “Unfold” an experience like no other within one of the world’s largest laundry facilities. Yes – at Disney, even the laundry is pixie-dusted! Don’t miss your opportunity to see this fascinating facility in action, an experience only available during the Backstage Magic Tour through the end of May.