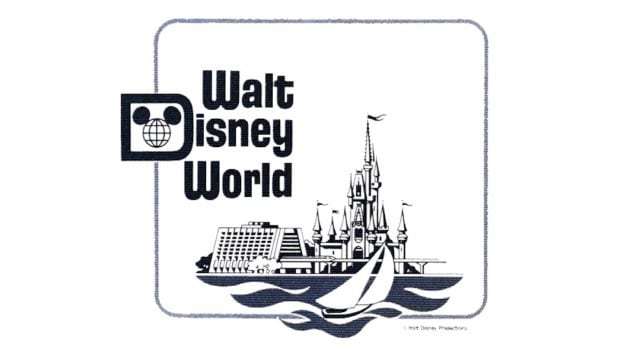 Sailing the Seven Seas Lagoon: Water Craft of the World

In a recent post, the Imagineering of the remarkable Seven Seas Lagoon was featured. The sparkling man-made waterway serves as a beautiful entry sequence for the magic kingdom and a romantic setting for resort hotels, and since its first days has also been a location for a variety of remarkable watercraft.

In the first days of Walt Disney World Resort, the waterways were a large part of the resort draw. With only one park and fairly limited operating hours by today’s standards, the amenities of the hotels and the activities on Bay Lake and the Seven Seas Lagoon were an important part of creating the “Vacation Kingdom of the World.”

Walt Disney World has always been “a world on the move,” abundant transit has been part of the show since day one—and Seven Seas Lagoon has always been alive with water traffic and activities.

A 1969 Walt Disney Productions promotional brochure, A Complete Edition About Walt Disney World, offered many of the first public details about the project, including:

“On the water, there will be a pair of double-deck side-wheelers to cross the lagoon from the entrance area. They’ll be driven by steam and patterned after river boats of a hundred years ago. A steam-driven, open-deck excursion boat is also in the planning for Phase One, and steam will be the motive power for half a dozen launches or water taxis for use in the various activities on the lake and lagoon.”

Early transportation from G Parking to Magic Kingdom Park was on a pair of one-hundred-foot-long “Osceola-class” steam-driven side-wheel paddleboats, named Ports-O-Call and Southern Seas. They were run by “Gallows A-Frame Walking Beam” engines, and highly authentic to their precursors, including erratic oil-fired boilers and fussy steam engines.

The early days of Walt Disney World were quite different from the bustling 24-hour enterprise we know today. The Magic Kingdom and that resort area were all there was, and park closing time was usually six o’clock, except on weekends. With no guests to transport from the Transportation and Ticket Center to the Magic Kingdom, the two ships saw evening service as “cruise ships.” Moonlight Cruises departed from the two hotel marinas on Monday, Tuesday, Wednesday, and Saturday evenings. “One and a half hours of leisurely cruising, live entertainment, and cocktails” the advertising promised. In 1973 an additional departure from Fort Wilderness dock was advertised.

In 1972, a pair of 120 foot long, 600 passenger, diesel-powered ferry boats (Magic Kingdom 1 and Magic Kingdom 2) took over the practical Guest transport on Seven Seas Lagoon, and the two Osceola-class ships were left solely to a regularly-scheduled recreational activity, “Cruises depart at noon, 1, 2, 3, 4 and 5pm, from the Magic Kingdom dock, directly in front of the Main Street railroad station,” the brochures stated, “90 cents or ‘E’ coupon at boarding gate.” The Southern Seas suffered damage and was retired in 1977, the Ports-O-Call was retired shortly after the opening of Epcot in 1982.

In 1977, a 120-foot diesel version of the Osceola Class sidewheel boat, termed a “Seminole” class, but also called Southern Seas, was built and began service, but was retired in 1996. An “Orlando-class” steamboat was also proposed, but never built—it would have measured 140 feet, with amenities such as a topside observation level and a dance floor on the first deck. Sharp-eyed Guests can see blueprints of the unbuilt ship in Boatwright’s Dining Hall at Disney’s Port Orleans Riverside.

For recreation and entertainment rather than practical conveyance, Resort guests of the 1970s had much to choose from. Guests at the Polynesian Village Resort during the early days of Walt Disney World were offered:

“A tropical island adventure awaits guests at the Polynesian Village resort. Entertainment, food, decor and shopping all blend into a South Seas vacation atmosphere. Palm-lined sandy beaches are just a barefoot stroll away, while the ‘rest of the World’ is reached by outrigger, sailboats, old-fashioned side-wheel steamboats and swift monorail trains.”

Those early visitors to Walt Disney World might have seen a 65-foot long Chinese junk, the Eastern Winds, a floating cocktail lounge, with deck and below-deck lounge and seating areas. Typically it was moored at the hotel’s marina, but it was a functional boat, and frequently offered “An Oriental Adventure,” an hour-and-a-half cruise that departed three times every evening. In addition to the on board libations and entertainment, the “Oriental Odyssey” offered views of the Water Ski Show, the Electrical Water Pageant, and the Fantasy in the Sky fireworks.

There were even seafaring voyages on a “Polynesian Outrigger and War Canoe” from the hotel’s Marina.

Individual and group aquatic recreation took many forms on Seven Seas Lagoon and Bay Lake, fondly-recalled are the distinctive 1970’s Bob-a-Round boats, four passenger circular floats which boasted a self-contained stereo system and looked much like floating beverage cups. “Bob-A-Rounds,” it was promised in ads of the period, were “the perfect craft for leisurely sight-seeing cruises, are family favorites.” Popular, but fussy and high-maintenance, the colorful craft to have disappeared by 1978 or so.

Transportation and recreation on the waterways of Walt Disney World remains an important and popular part of the resort amenities to this day, and the addition of water parks and an array of resort pools guarantees unending opportunities for a “wonderful world of wet” for Guests of the Vacation Kingdom of the World.