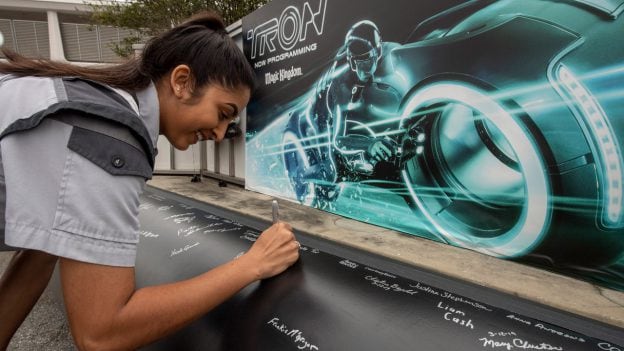 Cast members and the project teams responsible for bringing the new TRON attraction to life at Magic Kingdom Park celebrated a major milestone this week — signing their names on one of the first steel support columns for the new attraction.

Magic Kingdom Park’s TRON attraction, which is currently being constructed in Tomorrowland, is based on the guest-favorite attraction TRON Lightcycle Power Run at Shanghai Disneyland. This coaster-style attraction will allow riders to board a train of two-wheeled Lightcycles for a thrilling race through the digital frontier.