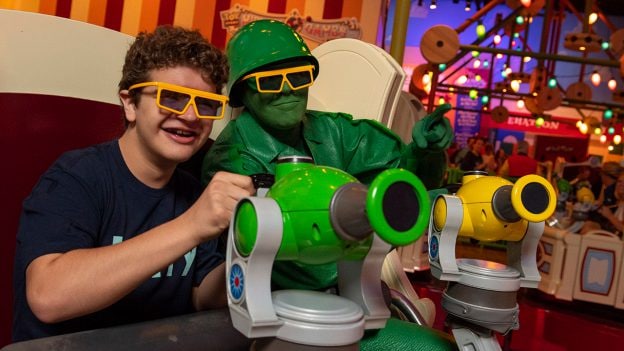 Gaten became an “honorary toy” during his visit to Toy Story Land, a larger-than-life themed environment filled with oversized toys. In addition to going for the high score on Toy Story Mania!, guests can whoosh along on the family-friendly roller coaster Slinky Dog Dash or take a spin aboard Alien Swirling Saucers.