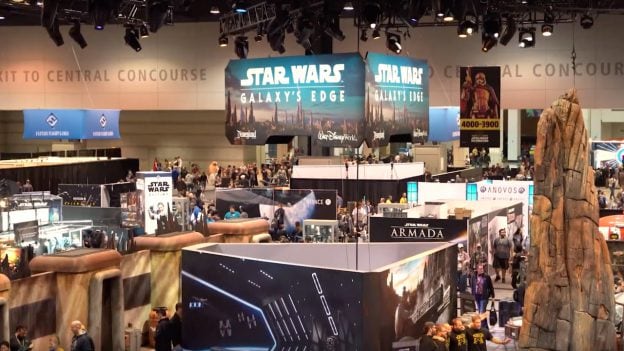 Hundreds of special videotaped Star Wars memories and personal stories captured at our “Fanfessional” booths during Star Wars Celebration Chicago are now being archived to eventually live inside Star Wars: Galaxy’s Edge at Disney’s Hollywood Studios.  And today, we sharing a few favorites from fans.

If you watched our #DisneyParksLIVE stream during Star Wars Celebration, then you know that our “fanfessional” booths were created to give fans and future guests of Star Wars: Galaxy’s Edge an opportunity to be part of the land.   The recorded video, which includes memories of watching Star Wars films for the first time as well as messages of excitement for the opening of Star Wars: Galaxy’s Edge, will be added to a “Holocron” before being permanently placed inside the land

“We’re doing this because we love our fans and we want the fans to have a way to be part of what we’re creating,”  Wendy Anderson from Walt Disney Imagineering said. “It’s been really incredible to see people talk about their heroes and talk about finding themselves.  The idea that we’re giving people an outlet for their fandom, that means something.”

Star Wars: Galaxy’s Edge opens on May 31 at Disneyland Resort and August 29 at Disney’s Hollywood Studios.

You can keep up to date on all things Star Wars: Galaxy’s Edge with our exclusive “Building Batuu” story series and special page dedicated to Star Wars at Disney Parks.