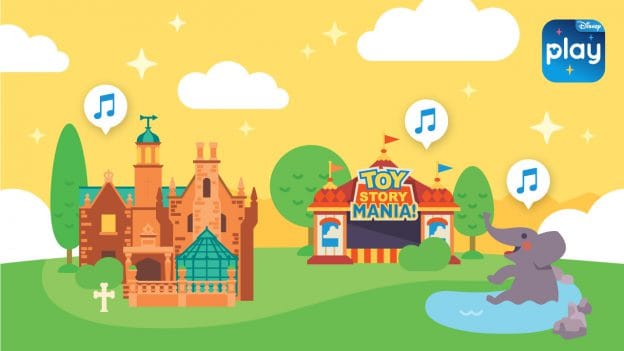 From the music of Main Street, U.S.A at Disneyland park to the soundtrack of Future World at Epcot, Disney Parks are filled with amazing music and magical experiences. Since its debut last June, the Play Disney Parks app has been featuring these terrific songs in Disney Parks playlists, specially curated by Disney, within the Apple Music®* app for your enjoyment whether you’re at home, on your way or in the middle of your visit.

Today we’re excited to share that these playlists in the Play Disney Parks app are now available on AndroidTM devices! Simply download the Apple Music app through Google Play to enjoy! Did you know that new users can sign up for a free three-month trial? And Apple Music subscribers can add their favorite Disney playlists to their library today!

With more than 35 unique playlists available, the Play Disney Parks library features songs that celebrate the history and heritage of Disney Parks, and there’s something for everyone! Fans of “Happily Ever After” can find music from the show in this playlist at Magic Kingdom Park, while at Pixar Pier at Disney California Adventure park guests can find tracks from fan favorite Pixar films. Of course, these are just a few examples – download the Play Disney Parks app from the App Store or Google Play today to explore all of the featured Disney Parks playlists through Apple Music!

Have you streamed any of these exciting playlists? Tell us if you have a favorite!