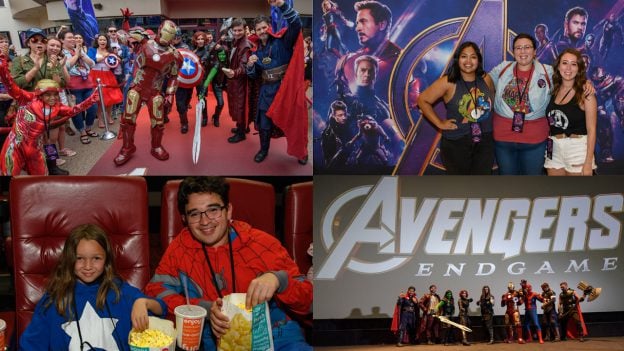 For the event, many readers dressed in outfits inspired by “Avengers: Endgame” and some super fans even assembled in their favorite Avengers costume. The night also included a variety of photo opportunities before and after the film at Disney Springs.

As many of you know, the grave course of events set in motion by Thanos that wiped out half the universe and fractured the Avengers ranks compels the remaining Avengers to take one final stand in this grand conclusion to twenty-two films, “Avengers: Endgame.”

Check out our new video from the “Avengers: Endgame” meet-up for an inside look at the event.