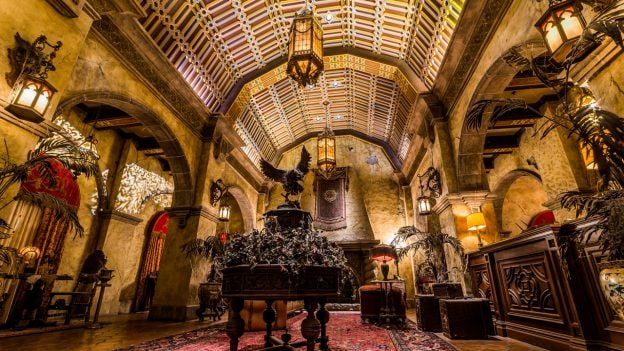 Disney Parks After Dark: Drop Into The Twilight Zone – Tower of Terror

Tonight’s “After Dark” image was snapped at The Twilight Zone – Tower of Terror at Disney’s Hollywood Studios.

The park, which just marked its 30th anniversary yesterday, has been delighting guests with this spooky elevator ride since the attraction opened in 1994. Here, guests enter the Hollywood Tower Hotel and step back into the past, to the year 1939, on the exact night a mysterious disappearance took place.

This image was taken just inside the attraction’s lobby – which I always wish I had more time to admire.