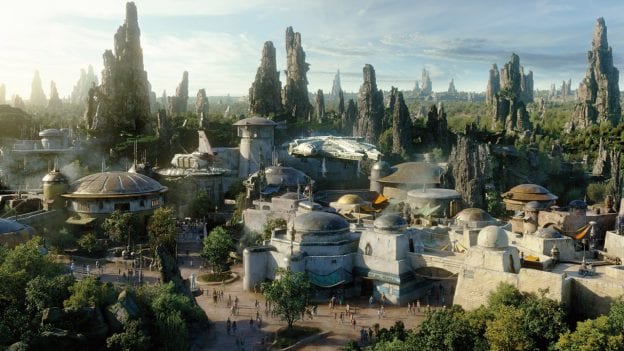 This week, we shared an exciting update that the Disney Parks Blog will be hosting a special #DisneyParksLIVE stream sponsored by AT&T covering the dedication ceremony of Star Wars: Galaxy’s Edge at the Disneyland Resort on May 29.

Join us right here on the Disney Parks Blog on May 29 at 8:20 pm PDT | 11:20 pm EDT for a first look at Star Wars: Galaxy’s Edge and to see the historic dedication moment from Disneyland Resort in California. Special coverage will also be featured on Disney Parks Blog Facebook and @DisneyParks Twitter channels during the ceremony.

And until our #DisneyParksLIVE stream on May 29, be sure to catch up on all Star Wars: Galaxy’s Edge updates by visiting the site’s special Star Wars at Disney Parks page. Our exclusive Disney Parks Blog “Building Batuu” series and “Know Before You Go” series will have you ready for your first visit!

And did you see Sleeping Beauty Castle at Disneyland park?  It’s now open after a months-long refurbishment – and it’s more beautiful than ever! We shared some first images of the beloved icon with vibrant new colors, a new roof and charming and subtle pixie dust, among other enhancements.