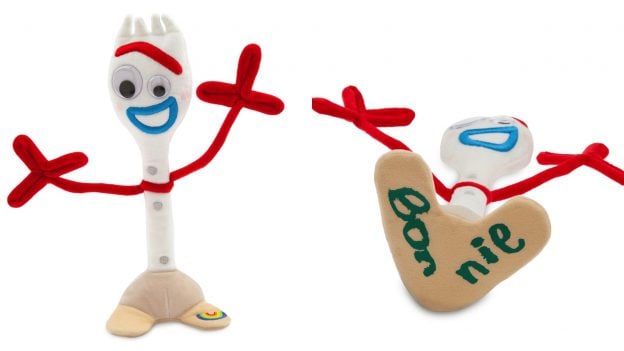 If you’re one of the many Disney Parks Blog readers who love “Toy Story” films, then your next favorite character may soon be an adorable disposable spork named Forky from Disney and Pixar’s upcoming film “Toy Story 4.” And today, we are featuring new Forky items now available at Disneyland Resort and Walt Disney World Resort.

New Forky inspired merchandise includes special plush, apparel and more (none of which is disposable)!

FORKY (voice of Tony Hale) is not a toy! At least that’s what he thinks. An actual spork-turned-craft-project, Forky is pretty sure that he doesn’t belong in Bonnie’s room. Unfortunately, every time he tries to get away, someone yanks him back into an adventure he’d rather skip. Check out Forky in the film’s latest trailer.