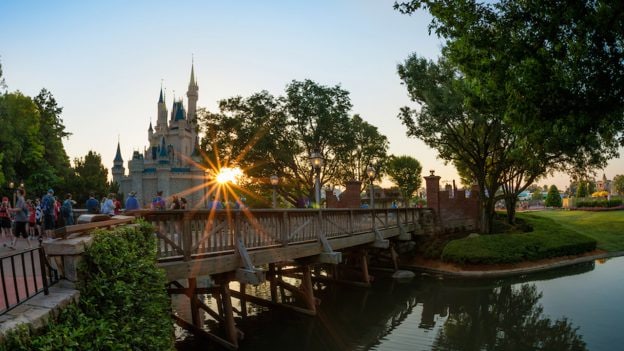 Experience the excitement of all four Walt Disney World Resort theme parks this summer with the Summer One World Ticket available at Disneyworld.com/summeroneworld!

The season of summer fun is nearly upon us and now, more than ever, Walt Disney World Resort is the place to make lifelong memories with your family and friends. For the first time, you can purchase the new Summer One World Ticket as a great way to experience all that’s fresh and exciting at the resort’s four theme parks and two water parks, with six admissions for only $74 per admission (plus tax) – a total price of $444 (plus tax).*

Starting June 4, you will be able to purchase the Summer One World Ticket at Disneyworld.com, through the Disney Reservation Center or authorized travel professionals and ticket sellers. For a total price of $444 (plus tax), this ticket includes one admission to each of the Walt Disney World theme parks and water parks. Ticket details:

Pairing the Summer One World Ticket with a Disney resort hotel stay helps you remain immersed in magic for every moment of a Walt Disney World vacation. You can save up to 25 percent on rooms at select Disney resort hotels for stays most nights May 28, 2019, through Aug. 28, 2019, when you book through Aug. 28, 2019.** More information on the room offer is available at Disneyworld.com/save.

Summer 2019 will be an amazing time to visit Walt Disney World, with new experiences at all four theme parks:

For more information about these summer experiences, visit Disneyworld.com/nowmorethanever.

**The number of rooms allocated for this offer is limited. Length-of-stay requirements may apply. Savings based on the non-discounted price of the same room. Additional per-adult charges may apply if there are more than two adults per room at Disney Value, Moderate, Deluxe and Studios at Disney Deluxe Villa Resorts. Cannot be combined with any other discount or promotion. Advance reservations required. Offer excludes the following room types: 3-bedroom villas, campsites, Cabins at Copper Creek Villas & Cabins at Disney’s Wilderness Lodge and Bungalows at Disney’s Polynesian Villas & Bungalows.