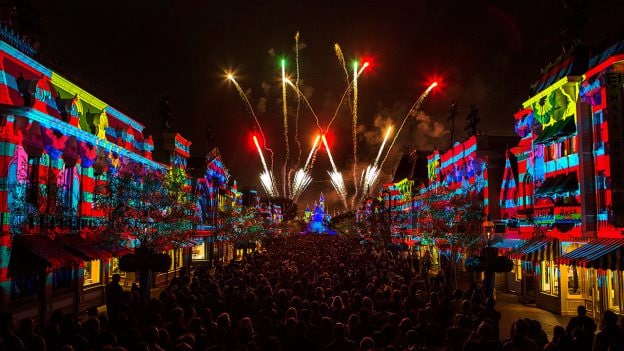 Top 10 Things to Do this Summer 2019 at Disneyland Resort

This summer at the Disneyland Resort is sure to be a cool place for hot experiences! Explore new adventures, watch new shows, meet new Disney characters, plus experience a new land – Star Wars: Galaxy’s Edge. Interested in what this summer has to bring? Here are the out-of-this-world opportunities to enjoy:

Travel to a galaxy far, far away – The epic new land, Star Wars: Galaxy’s Edge, opens May 31 with new experiences for you to live your own Star Wars adventures. Explore a remote planet full of unique sights, try galactic food and beverages, and shop the intriguing collection of merchants. Be sure to take the controls of the most famous ship in the galaxy aboard Millennium Falcon: Smugglers Run.*

Admire Sleeping Beauty Castle – After an extensive refurbishment, our beloved icon at the heart of Disneyland is back and more beautiful than ever. The castle truly shimmers with enhancements, new color tones and of course, pixie dust.

Enjoy “theater” in the night sky – “Disneyland Forever,” the captivating fireworks spectacular returns June 7, showing just how magical the magic kingdom can be. The sky-high celebration features sparkling pyrotechnics, immersive projections and other effects that transform Disneyland into a magical canvas.

Boost to Hyperdrive –  Hurtle through hyperspace on Hyperspace Mountain! For a limited time this summer, the high-speed Star Wars-themed overlay brings a galactic adventure to Space Mountain in Tomorrowland.

See and hear the “Tale of The Lion King” – Beginning June 7, an imaginative new adaptation of “The Lion King” is presented as a highly theatrical, outdoor musical production.

Play in Pixar Pier – Celebrating its first anniversary in June, Pixar Pier is a whimsical land where the stories and characters of Disney and Pixar films come to life in incredible, playful ways. Enjoy the newly reimagined Jessie’s Critter Carousel, as well as Inside Out Emotional Whirlwind, opening soon!

Sit back and enjoy the show – The spectacular magic of Disney animation comes to life in the 3D movie musical “Mickey’s PhilharMagic.” Mickey Mouse, Donald Duck and other favorite Disney characters take the stage in this fantasy adventure in the Sunset Showcase Theater.

Strike an epic pose – Super Heroes are landing in Hollywood Land to meet their newest “recruits!” Come face to face with some of the most admired heroes in the universe, including Captain Marvel, Spider-Man, Captain America and Black Panther.

Take flight over California – The epic, aerial adventure Soarin’ Over California returns from June 1 to 30! This virtual tour celebrates the beauty and wonder of the Golden State—from San Francisco’s iconic Golden Gate Bridge to the crashing waves in Malibu.

Celebrate the legendary mouse that started it all – Go wild in the photo-worthy Pop-Up Disney! A Mickey Celebration. This must-see experience features nine imaginatively-themed rooms inspired by Mickey Mouse. This separate ticket pop-up experience is only for a limited time and iis one of several new additions at Downtown Disney, including Black Tap Burgers and Shakes and Ballast Point restaurants.**

For more details about these experiences and offers, please visit Disneyland.com.

**Pop-Up Disney! A Mickey Celebration exhibit elements and activities are subject to change or cancellation without notice.  Tickets are nonrefundable. Other restrictions apply.