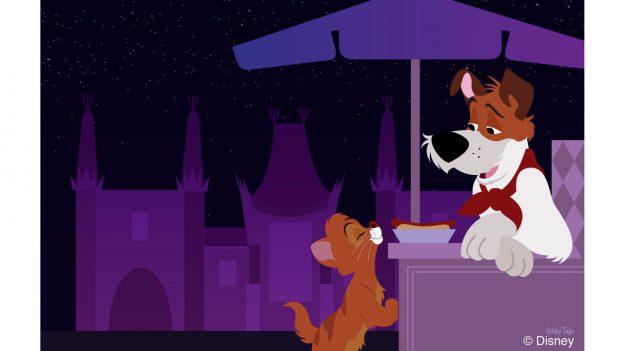 In our Disney Doodles series, artists imagine what a Disney character would do or see first if they had the chance to visit a Disney park.

In today’s Doodle, artist Ashley Taylor imagines that Oliver and Dodger from the 1988 film “Oliver & Company” would spend a day at Disney’s Hollywood Studios trying all the hot dogs!

“Oliver and Dodger love hot dogs!” Ashley said. “It’s how they meet in their film. So it’s no surprise that Oliver and Dodger would want to try all of the delicious gourmet hotdogs around Disney’s Hollywood Studios!”