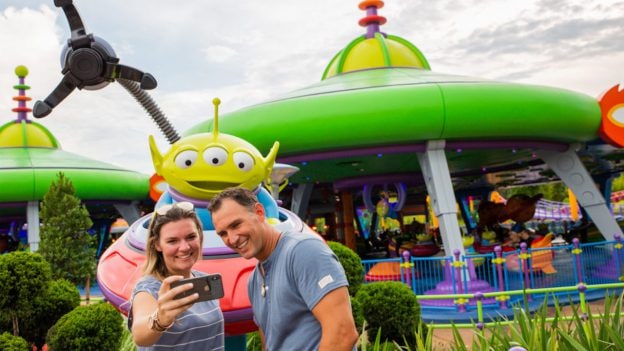 One year ago this week, Disney’s Hollywood Studios officially welcomed the very first guests to “Play Big” in Toy Story Land.  And to celebrate the big anniversary and release of Disney and Pixar’s “Toy Story 4,” stars Tom Hanks and Tim Allen recently visited Toy Story Land and chatted about what it’s like to see their films come to life in a whole new way at the park.

Along with Tom and Tim, other stars of the film including Annie Potts, Keanu Reeves, Christina Hendricks and Tony Hale visited Toy Story Land and also made a special appearance at our Disney Parks Blog fan event.

Be sure to watch Pixar Animation Studios’ “Toy Story 4” in theaters now and then begin your own adventure in Toy Story Land at Disney’s Hollywood Studios.