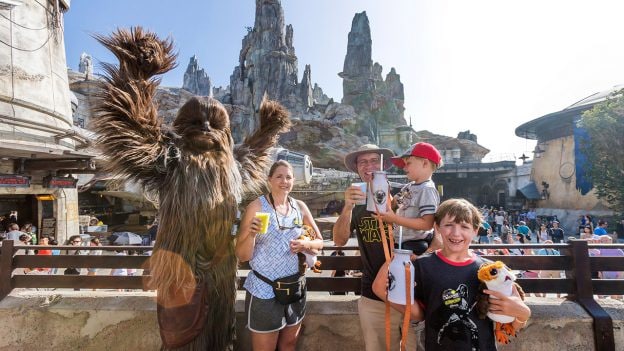 Earlier this week, we welcomed the one millionth member of Hondo Ohnaka’s flight crew to take the controls of the Millennium Falcon!

The family spent some time in the ship’s main hold and lounge, where they sat at the famous Dejarik table and met a surprise guest, Chewbacca. Then, Jonathan settled into the cockpit as a co-pilot of the Falcon. Afterwards, the family was treated to Blue and Green Milk for a celebratory toast! Let’s take a look:

If you’ve ever wished to step aboard the Falcon in all her ramshackle glory, now is your chance! Take control of the Falcon yourself at Star Wars: Galaxy’s Edge!