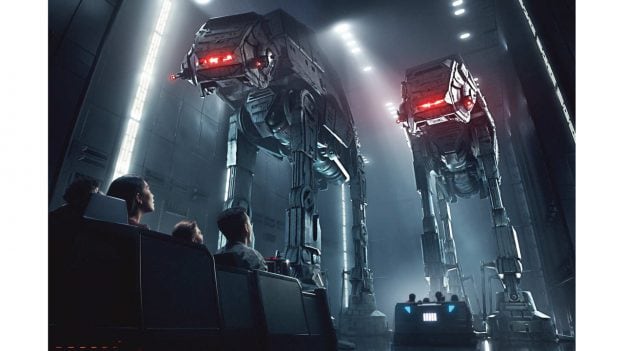 This week, we shared the exciting news that we’re opening Star Wars: Rise of the Resistance Dec. 5 at Walt Disney World Resort.

When it opens, Star Wars: Rise of the Resistance will blur the lines between fantasy and reality and will put guests in the middle of a climactic battle between the First Order and the Resistance. Guests will be recruited to join Rey and General Organa at a secret base.  Along the way, they will be captured by a First Order Star Destroyer. With the help of some heroes of the Resistance, they break out and must escape the Star Destroyer, protect the secret base, and stay one step ahead of Kylo Ren.

On opening day, we shared a special edition of our “All in the Details” series featuring a peek inside this jewel found in the heart of Walt Disney World Resort.  You can see more in our original Inside the Reimagined Disney’s Coronado Springs Resort post.