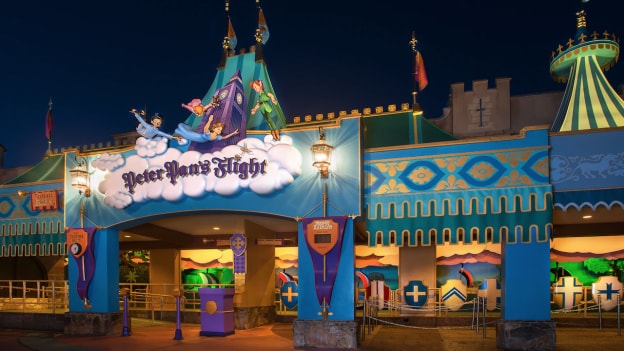 Whether it’s the rowdy Lost Boys, a mischievous Tinker Bell, an unrelenting Captain Hook or the boyish Peter Pan himself, everyone can relate to one of the beloved characters from the 1953 animated film “Peter Pan.

The Fantasyland fave, Peter Pan’s Flight, invites voyagers into cherished scenes from this imaginary place aboard a soaring pirate ship. Yes, you are flying to faraway places on a pirate ship, and I think it is breathtaking. The Galleon sails over a moonlit London, peeks into the nursery with Tink, reveals battles in Neverland and tomfoolery in the Pirate’s Cove. And the sweet song “You Can Fly” will leave you humming it all day long.

Watch as these little ones create memories of their own on Peter Pan’s Flight at Magic Kingdom Park.

Likes (10)
Share #DisneyKids: You Can Fly, You Can Fly on Peter Pan’s Flight