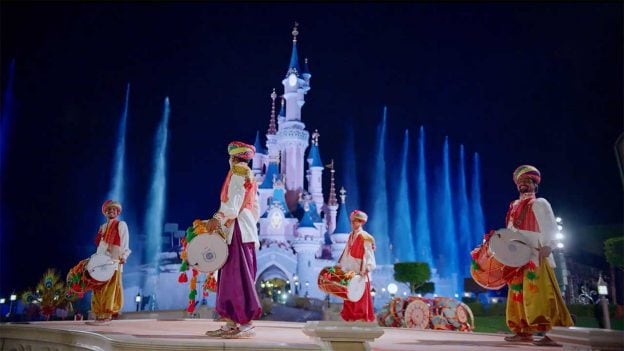 It’s time to take a walk on the wild side! This Friday, Disneyland Paris will premiere on its YouTube channel a special making-of feature that takes you behind the magic of The Lion King & Jungle Festival, an immersive experience only at the resort this summer with exclusive new shows, merchandise, treats and more.

A team of three journalists spent the past six months following the cast and crew of the new festival, filming everything from initial development and creation of the season concept all the way to opening day just a few weeks ago.

For the first time, Disney fans will have the chance to see how the shows were created, including music recordings, rehearsals and set and costume design. You’ll even have a chance to see how the one-of-a-kind merchandise and food and beverage was developed to extend the celebration of this new season.

Take a look below for a sneak peek at the feature, and tune in this Friday to discover the magic yourself! The Lion King & Jungle Festival is only at Disneyland Paris now through September 22.