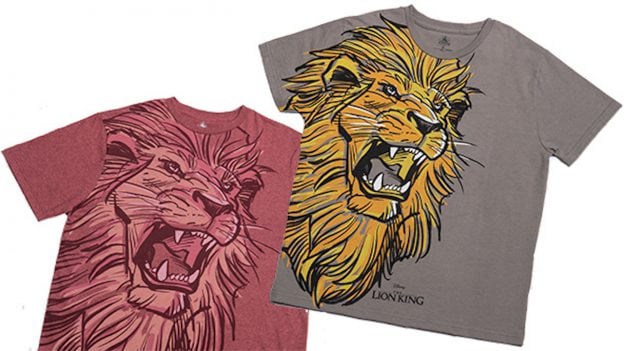 Beginning today, some extROARdinary new merchandise inspired by Disney’s all-new movie “The Lion King” arrives at Disney’s Animal Kingdom – and you’re among the first to see it!

“The Lion King”-inspired items include several vibrant T-shirts in a variety of colors as well as special apparel featuring Simba and Nala.  All of the items are now available at Mombasa Marketplace, Island Mercantile and Discovery Trading Company at Disney’s Animal Kingdom.

Also, be on the lookout for our new “Lion King” Funko Pop collection! Rafiki, Simba, Scar, Pumba and Timon can soon be found at Disney’s Animal Kingdom locations.

And our “The Lion King” collection includes special items for your wrist as well – from MagicBands to Alex and Ani bracelets.

Disney’s “The Lion King” journeys to the African savanna where a future king must overcome betrayal and tragedy to assume his rightful place on Pride Rock. The all-star cast includes Donald Glover as Simba, Beyoncé Knowles-Carter as Nala, James Earl Jones as Mufasa, Chiwetel Ejiofor as Scar, Seth Rogen as Pumbaa and Billy Eichner as Timon. Utilizing pioneering filmmaking techniques to bring treasured characters to life in a whole new way, Disney’s “The Lion King” roars into theaters on July 19, 2019.

Check out the film’s latest trailer: