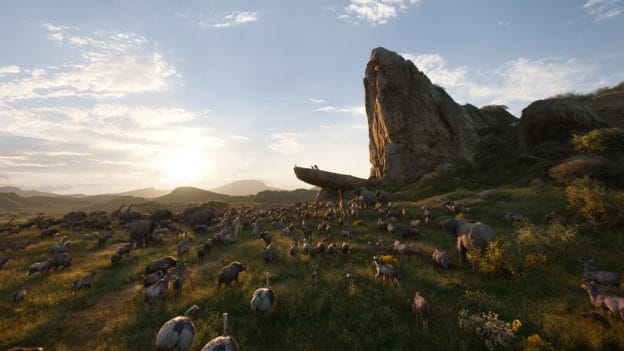 UPDATE: The entry period for this opportunity has closed. Keep your eye on the Disney Parks Blog for future opportunities!

This summer, we’ve been celebrating the upcoming release of Disney’s “The Lion King” on the Disney Parks Blog with a variety of stories.  Now, we’re offering the opportunity to be among the very first to see it at a special opening night showing of the film on July 18, 2019, at the AMC Disney Springs 24!

Disney’s upcoming film journeys to the African savanna where a future king is born. Simba idolizes his father, King Mufasa, and takes to heart his own royal destiny. But not everyone in the kingdom celebrates the new cub’s arrival. Scar, Mufasa’s brother—and former heir to the throne—has plans of his own. The battle for Pride Rock is ravaged with betrayal, tragedy and drama, ultimately resulting in Simba’s exile. With help from a curious pair of newfound friends, Simba will have to figure out how to grow up and take back what is rightfully his.

You can RSVP to join us at this exciting meet-up right now by clicking here. Only one guest per confirmed registrant is permitted. A limited number of attendees may attend the meet-up, so be one of the first to sign up. First come, first served.

Also, here are a few things you should know: