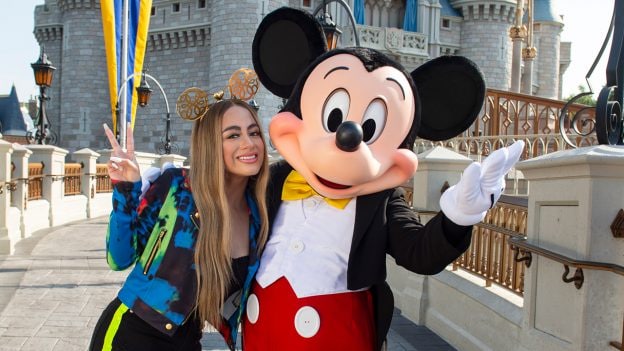 Recently, recording artist Ally Brooke dropped by Magic Kingdom Park and celebrated summer in style with none other than Mickey Mouse.   When we caught up with Ally, she was snapping selfies and hanging out with Mickey at Cinderella Castle in the new ALEX AND ANI Minnie ear headband from our Disney Parks Designer Collection.

Ally, who anchored the multi-platinum pop group Fifth Harmony, is now preparing to release her solo debut album.  She was in Central Florida for a summer promo tour after recently performing at Wango Tango in Los Angeles alongside Taylor Swift, The Jonas Brothers and more.