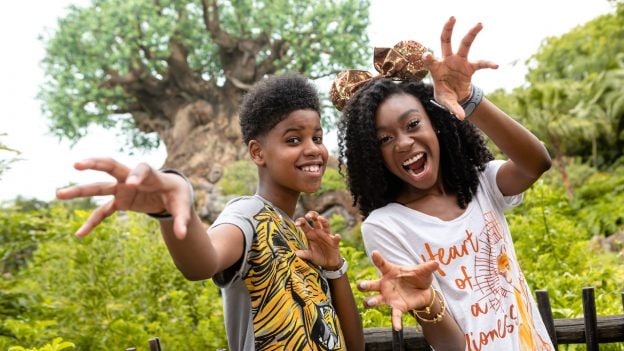 Yesterday guests at Disney’s Animal Kingdom were treated to a surprise performance of “I Just Can’t Wait To Be King” by JD McCrary and Shahadi Wright Joseph the voices of Young Simba and Young Nala in Disney’s “The Lion King.” The special appearance was in advance of a performance of “Festival of the Lion King.”

Featuring song favorites like “Can You Feel the Love Tonight,” “Circle of Life,” “Hakuna Matata” and “I Just Can’t Wait to Be King,” the new film will also introduce original songs, including the uplifting “Never Too Late,” performed by Elton John and “Spirit” performed by Beyoncé Knowles-Carter.