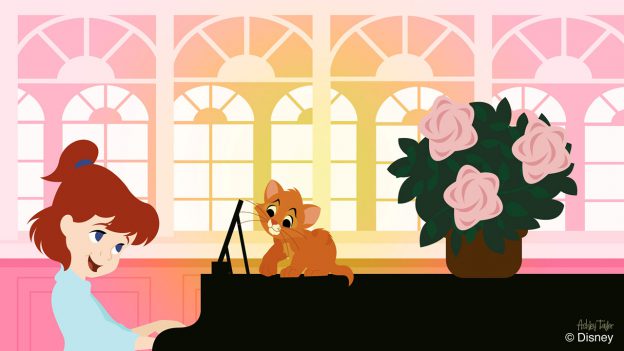 As a child, “Oliver and Company” was one of my favorite films. I was 9 years old when the film was released, and at the time was obsessed with kittens – and better yet, the kittens’ owner was named Jenny!

Today, artist Ashley Taylor shares her interpretation of what Jenny would do if she had the chance to visit the Walt Disney World Resort.

“Jenny loves playing the piano with Oliver by her side,” Ashley said. “It’s easy to imagine them taking advantage of the piano inside the Grand Floridian!”