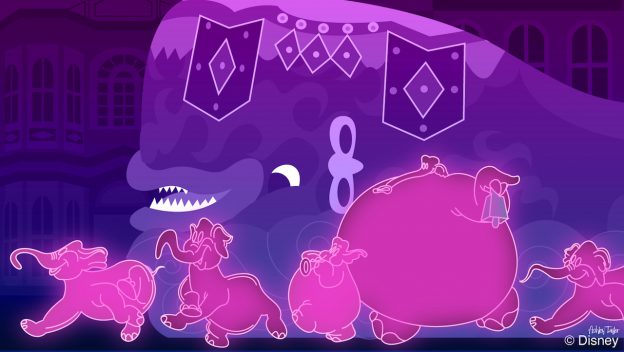 In our Disney Doodles series, our team of artists take turns imagining what different Disney characters would do if they could visit a Disney theme park.

Today, artist Ashley Taylor imagines what the Pink Elephants from the 1941 film “Dumbo” would do if they had the chance to pop out of Dumbo’s imagination and into a Disney park.

According to her, they’d seek out a procession they could be a part of – like the “Festival of Fantasy Parade” at Magic Kingdom Park!

“The Pink Elephants are on parade in Dumbo’s mind,” Ashley said. “So I thought it would be fun to allow the elephants an opportunity to march in the Festival of Fantasy Parade!”