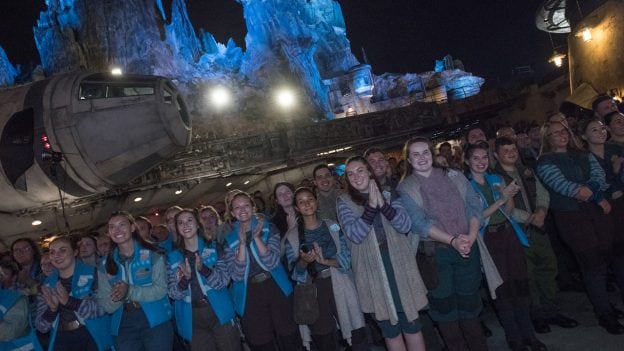 From “bright suns” to “rising moons,” the opening team of talented Cast Members at Star Wars: Galaxy’s Edge are ready and excited to welcome Guests to the edge of the galaxy, bringing the planet of Batuu to life beginning Aug. 29!

Cast Members from throughout the land recently gathered to celebrate its upcoming opening. As part of the fun, a banner signed nearly two years ago by Disney’s Hollywood Studios Cast Members during a Star Wars: Galaxy’s Edge beam signing event was brought out. This blast from the past was met by cheers from the Cast, many of whom had put their mark on it.

Stay tuned to the Disney Parks Blog this week as we celebrate the opening of Star Wars: Galaxy’s Edge at Walt Disney World Resort.