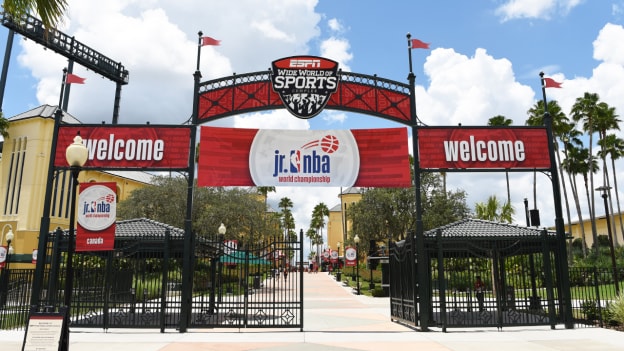 Returning for its second year, the Jr. NBA Global Championship makes its way to ESPN Wide World of Sports Complex at Walt Disney World Resort August 6 – 11, 2019. The global youth basketball tournament brings together 32 teams featuring the top 13- and 14- year-old boys and girls players from around the world, with more than 300 youth basketball players from 40 countries competing over the six day tournament.

Want to see all the tournament action? Games begin Tuesday, August 6, 2019 at ESPN Wide World of Sports with admission free to the general public. Learn more about this year’s event by visiting here.