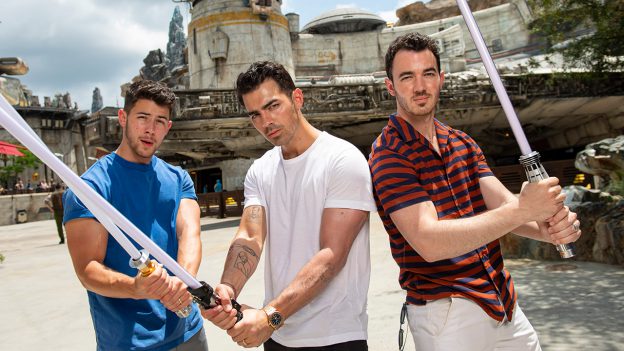 The Jonas Brothers took a break from their earthly travels Thursday when they touched down on the planet of Batuu for a preview of Star Wars: Galaxy’s Edge at Walt Disney World Resort!

Nick, Joe and Kevin, who were vacationing with their families, snapped a few photos in front of the most famous ship in the galaxy. The three also had a close run-in with Stormtroopers on patrol.

The new Star Wars: Galaxy’s Edge will open Aug. 29, 2019, at Disney’s Hollywood Studios in Florida. It combines immersive storytelling with interactive gameplay to make guests the protagonists of their own Star Wars adventures in a way never before experienced in Disney Parks.