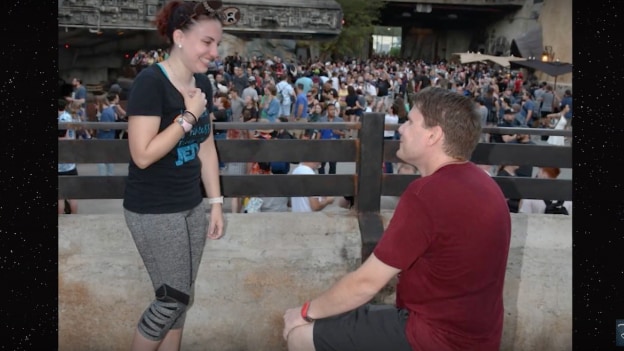 The couple had just paused to pose for some Disney PhotoPass pictures in front of the Millennium Falcon, and when Megan turned to look back at the ship, Robert took his chance to get down on one knee to surprise her.

Check out the video above of their special moment and hear why Star Wars: Galaxy’s Edge was the perfect place to pop the question!