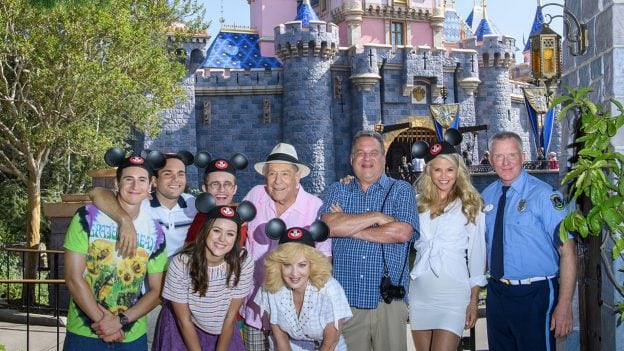 It was a dream come true while at Disneyland park for the season premiere filming of ABC’s “The Goldbergs” as they pay tribute to the iconic 1983 film “National Lampoon’s Vacation.”

In tonight’s “Vacation” episode, Beverly insists the family take a road trip to go on vacation to Disneyland in Anaheim, Calif. before Erica and Barry go off to college. But, like the film, things do not go as planned as they travel across the country.

During and between the taping, the cast were able to ride attractions such as Big Thunder Mountain Railroad, meet Woody, Mickey Mouse and Minnie Mouse, and check out Star Wars: Galaxy’s Edge.

Wendi McLendon-Covey, who plays Beverly Goldberg said it best, “You just want to hug a stranger, because everyone is happy when they come here.”  That’s exactly how I felt that day … happy.

Check out the behind-the-scenes video of the taping: