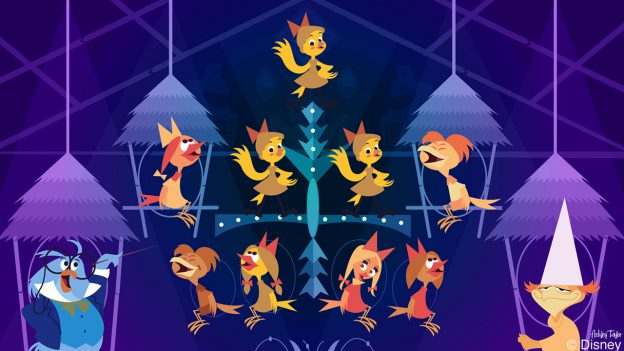 Do any of you remember the Disney Sing-Along Songs videos that were released on VHS starting in 1986 (and later on DVD)? Some of the videos were hosted by Professor Owl, who is the lucky subject of today’s Disney Doodle!

In the video series, Professor Owl, encouraged a classroom of little birdies (and viewers watching) to sing along to Disney songs. According to Ashley, if Professor Owl was able to visit a Disney theme park, he’d likely make Walt Disney’s Enchanted Tiki Room his first stop.