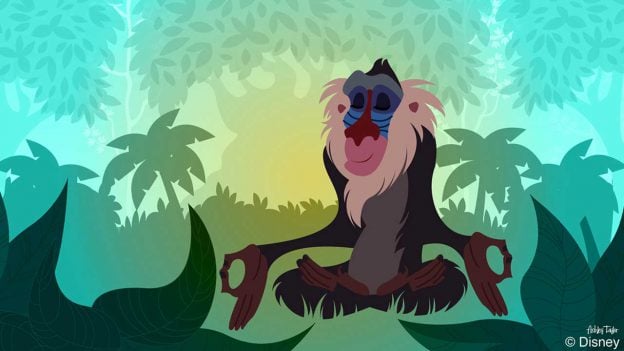 In today’s Disney Doodle, artist Ashley Taylor imagines what Rafiki from the 1994 film Disney’s “The Lion King” would do if he visited Disney’s Animal Kingdom at the Walt Disney World Resort.

According to her, an early morning meditation among the park’s peaceful scenery would be ideal.

“Rafiki is always taking moments for himself to clear his mind,” Ashley said. “So it’s easy to imagine him starting his morning off with a meditation at Disney’s Animal Kingdom.”